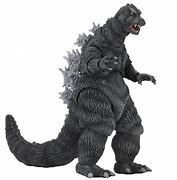 Congratulations to Coach Nick Saban and the Alabama Crimson Tide for winning their sixth national college football championship in the past 12 years.  Beginning with 2009, Alabama was won half of the national championships which have been played.

This is a recording.

This year’s Alabama football team was, by far, the most entertaining Bama team to watch over that same 12-year span.  They averaged nearly 50 points per game as the team destroyed all comers this season.

Can you believe that “The” Ohio State University was a nearly 4-touchdown underdog to Alabama in the national championship game?   And, for those who bet on the Tide, they covered the spread by winning this snoozer by a 52-24 final margin.

Though Alabama has a long history of winning college football championships and a national following, it’s getting a bit boring for the rest of the country.

And why not?  Watching Bama play football on TV this past season has been like watching Godzilla destroying yet another major city without any resistance from Mothra, Rodan, or King Kong.

So it should not come as a big surprise that the television ratings for Monday night’s NCAA college football championship game were down by a whopping 25% from last season’s LSU vs. Clemson finale (won by LSU 42-25).

An erosion of 7 million television viewers in just one year should have ESPN (owned by Disney) shaking in their boots today.   The advertisers who ponied-up a lot of money to reach an expected minimum number of viewers will be seeking some type of alternate compensation from the network (in the form of future bonus spots, discounts, or an outright refund for a portion of their expenditure).

The long-term ramifications should be quite concerning to ESPN/Disney as America is tiring of seeing the same teams playing every year.  Alabama, Clemson, and Ohio State have become regulars in this BCS Final Four Game Show.  That leaves Oklahoma, Notre Dame, Georgia or LSU, and perhaps a Pac-12 team such as Oregon or Washington slugging it out for the fourth spot.

ESPN (as usual) is its own worst enemy.  The network selected 1-loss Notre Dame (and its national following) over an undefeated Cincinnati Bearcats team and a one-loss Texas A&M for this year’s fourth slot.  Notre Dame was demolished by Alabama 31-14 in this year’s semifinal game.

I am of the opinion that increasing the BCS field to eight (or even 16) teams would be a huge mistake as it will only drag out the inevitable outcome.  I’d prefer to see the traditional New Year’s Day bowl games feature the champions of the top conferences pitted against one another.  After that week, the Associated Press or Coaches’ Poll rankings should be used to select the top two teams to play for the national championship the following week.  If this sounds familiar, it is.  That’s generally the way college football did it prior to the 4-team BCS playoffs.

If an “underdog” team such as Cincinnati makes it through a New Year’s Day bowl game unbeaten, they should be in the running for the national championship!

I don’t know why ESPN chooses to play this game on a weekday school night (Monday), start the game so late for East Coast viewers (9PM EST), and then insists on making the game nearly four hours long due to jamming an hour’s worth of commercials into the telecast.   The extreme number of commercials is obviously needed to help the network offset the inflated cost of the broadcast rights which ESPN paid to put a choke-hold monopoly on the BCS games.  Once again, the network continues to be its own worst enemy.

Let’s give credit to Alabama this season.  They were easily the best college football team in the nation this season, because they also have the best college football coach of our lifetime, too.   Before Nick Saban arrived in Tuscaloosa in 2007, Alabama had lost 26 games in just four seasons under their previous coach, Mike Shula.  Including his first year at Alabama when his football team lost six (gasp!) games, the Nick Saban Crimson Tide has lost a TOTAL of 23 games in his 14 seasons!   That is truly incredible especially in the always tough SEC West.

Nick Saban is now 69 years of age.  By all accounts, Saban (who consumes one or two Little Debbie Oatmeal pies every morning for breakfast) is in good health.  By earning his sixth national championship for the Crimson Tide, Saban just tied Alabama’s legendary coach Paul “Bear” Bryant  who won six titles in 25 seasons in Tuscaloosa.

Coach Saban now owns the #1 spot in college football history as he has coached a total of seven national championship teams when you include his 2003 LSU Tigers team.   No one will be pushing him to retire soon, either.

Nick Saban has always been a very savvy recruiter.  Not only does Alabama generally find and sign a large number of top high school athletes, Saban generally stays away from offering scholarships to talented but immature high school players, too.  He runs a very tight ship which requires intense personal discipline to play for a coach who preaches that no detail is too small.  Coach Saban has no problem releasing players who refuse to conform to Alabama’s system.

This season’s Alabama team posted three of the top five Heisman Trophy candidates with wide receiver DaVanta Smith grabbing the trophy ahead of his quarterback, Mac Jones (3rd) and running back Najee Harris (5th).  Before the season started, Alabama’s other wide receiver Jaylen Waddle was generally considered to be a better player than the ultimate Heisman winner DaVanta Smith.  After Waddle suffered a severe ankle injury which kept him off the field most of the second half of the season, Smith grabbed the spotlight and became the first wide receiver to win the Heisman Trophy in nearly 30 years (Desmond Howard of Michigan).

Don’t forget the Rolls Royce offensive line for Alabama, too!  Year after year, Alabama’s offensive line dominates opponents.  This year’s line may have been the best in recent college football history.   You will see most of these giants playing in the NFL soon, too.

With this year’s pandemic-affected football season, Alabama had no “cupcakes” on their 2020 regular season schedule as the team played a ten game line-up filled with only SEC competitors.  Despite the tougher-than-usual schedule, Alabama was rarely challenged.  In the SEC Championship game, Bama never trailed the Florida Gators but the game remained close throughout as the Tide grabbed a 52-46 victory.

Last year’s LSU Tigers team went undefeated at 15-0 and clobbered nearly every opponent in claiming the school’s fourth national championship.  LSU dominated all of the post season awards and was being hailed as the best college football team of all time.

Just one year later, the Alabama Crimson Tide rolled through every opponent in winning another national championship.  Legions of their fans and many of their opponents will say that this year’s Bama squad was the best college football team of all time, too.

While the SEC’s college football dominance has been a thrill for many Southern college football fans, the remainder of the country (along with ESPN) is yearning for someone new to emerge and hoist that BCS championship trophy next January.

I just wouldn’t bet on it!