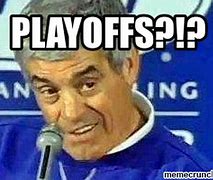 Happy New Year!  Unless you’re a fan of the Buffalo Bills and the New Orleans Saints, that is.

The NFL playoffs are now upon us.  The good news? The league was able to play a full schedule for its regular season!  Nicely done, NFL!

Day to day, there is no guarantee that each week’s playoff slate will be played depending on which team(s) has the latest outbreak of COVID 19 on their squad.  Delays to some games might be in the offing so stay tuned!

The NFL, wanting to squeeze as much playoff television money for their owners as possible, decided to expand the playoffs this year to add a third wild-card team to the mix.  This year, it means that the AFC Indianapolis Colts (11-5) and NFC Chicago Bears (8-8) are considered playoff teams.  Does anyone really expect either of those teams to win three games in a row and make it into the Super Bowl?

On the plus side, playoff games will be held this weekend at the home fields of both #2 seeds – Buffalo and New Orleans.  Unfortunately, there still won’t be many fans permitted into the stands for this weekend’s NFL playoff games due to this lingering pandemic.

This weekend, Buffalo (13-3 and AFC East champions) will host the Indianapolis Colts.  The Bills have not hosted a home playoff game in twenty years!  Despite the team’s terrific season, New York state’s Governor, Andrew Cuomo, would not allow fans to attend any of the team’s regular season games due to concerns about the spread of the COVID 19 virus.

But, there’s some good news for the Bills’ playoff game on Saturday!  New York State’s resident Grinch had a sudden change of heart recently and has allowed the football-starved fans of the Buffalo Bills to sell a total of 6,700 tickets (10% capacity) to their Saturday playoff game against the Colts.  Though Buffalo’s fans were glad to have a chance to go to the game, the Bills Mafia (the fans’ nickname) were none too happy that the Football Grinch Governor was planning to use one of those seats for himself and attend the game.

More than 40,000 unhappy Buffalo Bills fans went online this week to request the Governor to stay away from their party on Saturday afternoon.  He apparently received the message and recently donated his ticket to a Buffalo-area hospital nurse.

On Sunday, the WhoDatNation (loyal long-time fans of the New Orleans Saints) will be in the stands as their team carries the NFC’s #2 banner into the Louisiana Superdome to play the #7 seed Chicago Bears (8-8).   Just one year ago, the #2-seeded Saints, like Buffalo, would have been idle during the first week of the playoffs with a first round bye.

It’s now 2021, and the Saints must hit the field for Week 1 of the playoffs and play this extra game if they want to advance to another Super Bowl.   At least the team’s fans will be there to support them in Round 1.

Well, 3,000 of them.  Due to pandemic concerns, the 80,000 seat Superdome is being limited to just 3,000 Saints fans for Sunday’s playoff game.  The stadium (normally noted for its loud “Dome field” advantage) will feature less than 4% of the normal number of customers.

Welcome to the new and completely different 2021 NFL playoffs!

How do you think Saints quarterback Drew Brees feels right now?  At age 41, the likely Hall-of-Fame quarterback came back this season in hopes of grabbing a second Super Bowl ring.  I doubt that he would have believed that his final season and playoff appearance would be played in relatively empty stadiums!

Ditto for Tom Brady!  The legendary quarterback of the New England Patriots is now 43 years old.  In the offseason, Brady bolted from Boston and headed south to Tampa Bay and has led the Buccaneers into the playoffs (while his former team in New England failed to make the expanded post-season).

While Tom Brady’s new team in Tampa posted a sterling 11-5 record and finished behind New Orleans in the NFC South, the Bucs must travel in the first round of the playoffs to play a Saturday night game at Washington against ol’ DC’s 7-9 football team (winner of the putrid NFC East).

Only in the world of professional sports would a team with a losing record host a playoff team against a team that won 11 of its 16 games.

If playoff teams were ranked based on their regular season records, Washington would be the #7 seed and traveling to #2 seed New Orleans to play the Saints.

Speaking of seeding, this year’s AFC Playoffs are filled with the best post-season teams (in terms of regular season records) in recent memory.  Kansas City finished 14-2 and earned the #1 seed (and a bye this weekend).  Buffalo was #2 at 13-3.  Meanwhile, Pittsburgh (AFC Central champs) finished 12-4 for the #3 seed.  #4 Tennessee (winners of the AFC South) and the three AFC wild card teams had eleven wins apiece this year!  Fifth-seeded Baltimore, #6 Cleveland, and #7 Indianapolis have all punched their post-season cards with exceptional records during the regular season.

If you leave out 10-6 Miami (which lost its final game last week and missed the playoffs), the remainder of the AFC teams in 2020 comprised the entrails of the NFL this season.  Jacksonville had just one win, the New York Jets two, Cincinnati and Houston collected just four, and Denver limped to the finish line with only five wins.

The AFC morphed into the “feast or famine” conference of this year’s NFL.

In the AFC, Philip Rivers (age 39) is getting what might be his final shot at a Super Bowl ring with the Indianapolis Colts.  After playing his first sixteen years with the San Diego/Los Angeles Chargers, Rivers (like Tom Brady) moved to Indianapolis in hopes of getting one final opportunity in the post-season.   The quarterback just completed his 17th season in the NFL.  His former team, the Chargers, reached the playoffs just only six times.  Ol’ man Rivers and the Colts may have a tough time advancing in the AFC playoffs, but at least they made the field.

In the NFC playoffs, #1 seed Green Bay (13-3) will receive another week to add a little more ice onto the frozen tundra of Lambeau Field. The Packers (like Kansas City) received a bye for this first weekend of the playoffs.  After #2 seed New Orleans, the #3 NFC playoff seed was West champion Seattle (12-4).  The NFC’s three wild card teams were Tampa Bay, Los Angeles Rams (10-6), and Chicago.

Regardless of the weather in your area this weekend, the NFL will now treat you to three wildcard games each on Saturday and Sunday as this new NFL playoff format gets underway.   The league is counting on you to spend a lot of time with them this weekend.

The new NFL playoffs are far from perfect.   Just like the past 10 months have been!