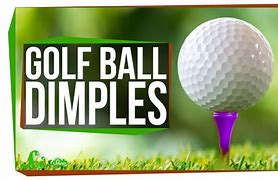 In one of the most unexciting Sunday finishes at The Masters, Dustin Johnson dusted the field in taking a five stroke victory. In the process, he shot an all-time record low 72-hole score of 20 (what else in the year 2020?) under par.  That’s two shots lower than the prior record low scoring total posted by two pretty good golfers – Tiger Woods (1997) and Jordan Spieth (2015).

Golf scores continue to get lower while traditional championship venues such as Augusta National Golf Club are being reduced to glorified drive-pitch-and putt competitions.

Are today’s golfers really better than those who played in by-gone eras or has technology helped to make the game easier than ever before?

Last week, we examined beefed-up golfers such as Bryson DeChambeau (who, by the way, finished 18 shots behind Dustin Johnson with a 2-under par total for the tournament) who are trying to pummel championship golf courses into submission with prodigious drives and shorter approaches to the greens.

Dustin Johnson is no slouch off the tee, either.  He ranks #6 this season in driving distance at a whopping 321 yards.  At Augusta National this weekend, DJ hit more greens (83%) than anyone else and was closer to the hole (on average) than anyone else in the field, too.  That added up to a terrific weekend and his first Green Jacket!

Looking back, I have a hard time believing that golf greats such as Arnold Palmer (whose forearms could match Popeye himself), Jack Nicklaus, and other top golf stars from the 1960’s and 1970’s would not be able to hit today’s golf ball every bit as far and straight as the current crop of PGA professionals.

Let’s take a closer look at some of the real reasons why golf scores keep getting lower and lower every year.

Is it the fairways?  In 2020, the average PGA Tour golf course fairways are cut just ½ inch off the ground compared to about 1 inch in the 1960’s.  That surely helps the golf ball roll farther once it is on the ground, but the golf ball’s flight accounts for well over 90% of distance off the tee.

Let’s next review the golf clubs.  The metal heads on today’s drivers certainly make it easier for the professional golfers to launch rockets down the fairway.  Recent models of metal woods will allow golfers to adjust the launch angle on the clubface of these drivers.   With a few twists of your special wrench, you can go from an 11 degree clubface launch angle down to 9 degrees (and a lower ball flight).

The change from persimmon (wooden) driver heads has made a huge difference, too.

A few years ago, current PGA Tour professional Brandt Snedeker agreed to a little experiment for two consecutive rounds on the Sea Island Plantation course in Hilton Head, SC.  He played one round with his current golf clubs and golf balls.  The next round, he used 1980’s era steel-shafted persimmon woods and irons and an 80’s styled balata golf ball.  On tee shots using the old-school wooden driver, Snedeker’s shots went 25-30 yards shorter on well-struck shots.  For mishit shots, he lost 50 to 60 yards off the tee!

That brings us to the number one culprit for extra distance on the PGA Tour.  The golf ball itself.

Over time, early golf balls started as a perfectly round sphere.  As the round progressed, your golf ball started to get nicked and, ironically, would also fly further than before.  As years of laboratory experiments have proven, a golf ball’s wind resistance becomes lower when dimples are placed around the ball to cause a lower pressure (or drag) on the ball and allows for more lift and carry down the fairways.

Until 1974, the British and fellow Europeans were utilizing a golf ball which was slightly smaller (1.62 inches in diameter) than the American golf ball (1.68 inches).   Both parties were already in agreement that the weight of a standard golf ball should be the same at 1.62 ounces.

The smaller British golf ball would fly lower in the windy seaside golf courses which are more prevalent in Europe.  The “small ball” was played on the European Tour and during the annual British (aka “The Open“) championship.  It was not, however, allowed to be used on the American PGA Tour.

After the 1974 British Open, the R&A (golf’s governing body for Europe) dropped the use of the British golf ball at their annual major golf event, but it took another sixteen years (1990) for the R&A to eliminate the smaller ball completely across Europe.

The interior construction of a golf ball is yet another way to increase distance.  Today’s golf balls are predominantly made from solid materials and come with varying degrees of compression (the lower the compression, the greater the degree of “feel” and control but with a corresponding loss in maximum distance).

The cover of a golf ball is now fairly standard today.  Though most golf balls are manufactured utilizing a surlyn cover (a plastic developed beginning in the 1960’s), today’s professional golfers prefer their ball covers to be made of urethane (a chemical compound) for a softer feel.  The urethane cover balls are also the most expensive golf balls, though.

The real issue in controlling golf ball distances surrounds the dimples on the golf ball itself.   The reason for dimples is to reduce the aerodynamic drag on the golf ball.  The more advanced the dimple design, the longer the ball will fly off the clubhead.

The United States Golf Association regulates the standards related to golf balls.  There are currently no restrictions on the number of dimples and shape of those golf ball dimples.

I reviewed the exhaustive “Conforming Golf Ball” list of the USGA.  Most of today’s major brand-name golf balls have anywhere from 328 to 342 dimples.

What is the best way to fix the never-ending distance issue?  It’s now time to introduce our SwampSwami.com word of the week – bifurcation.

This means having two different golf balls – one made for professional golfers and another for the rest of us amateur golfers.  Golf ball manufacturers could easily reduce the number of dimples on the professional golfer’s ball to dial-back the maximum flight distances (how about 10% for starters, eh?).  The rest of us mortal golfers would still be allowed to play with today’s “hotter” golf balls if desired.

In this manner, golf ball manufacturers (who have a financial stake in this, too) shouldn’t have a big problem with this concept as long as overall sales levels for their retail golf balls would not be hurt by the change.

Last Thursday at The Masters, legendary golfers Jack Nicklaus (now 80) and 85-year old Gary Player hit their ceremonial first tee shots to open the tournament.  Afterwards, they told reporters that a change in golf balls is needed immediately to prevent golf courses from being overpowered by the golfers.

Nicklaus, a six-time winner of The Masters, has been trying to dial-back distances off the tee box for years, and he fired-off a dire warning.

“Both the USGA and the R&A said they are serious about it. They have to make some changes with it, otherwise all the old golf courses, all the strategy and everything else that you’ve had on golf courses, is gone.“

Nicklaus said a special ball – to be used by professional golfers only – could have been put into play this year to limit driving distances.  He thinks the ball might have debuted in 2020 if not for the pandemic delay which postponed The Masters from April until November.

Gary Player, who was the most physically fit player of his generation, thinks this action is long overdue.

“We’ve seen things we never thought would happen,” he said. “Don’t be surprised if you see them hit it 500 (yards) because these guys are so big and so strong, it’s frightening.  We ain’t seen nothing yet.”

It’s not just the older golf generation who thinks the time has come for a change.  Back in 2017, Tiger Woods also agreed that professional golfers should be playing a restricted ball.

“We’ve had to lengthen so many golf courses now, and eventually you’re going to run out of property,” Woods said. “Some of the older golf courses, we’re going to lose them.  My idea was to have it so that every professional would have to play a reduced-flight ball.”

Even the new 2020 Masters champion, Dustin Johnson, thinks the change is overdue.

Johnson admitted that golf is the lone sport where every player doesn’t play the same ball (such as football, baseball, and basketball).  He thinks that rolling the professional level golf ball back a little bit might even help golf’s longest hitters keep an edge.

“There should be some kind of advantage for guys who work on hitting it far and getting that speed that is needed.  Having a same ball that everyone plays … you’re going to have more of an advantage.”

Perhaps, but we’re still waiting (and waiting) for the USGA and R&A to make a decision to force professional golfers to play using a slightly dialed-back golf ball.

Maybe next year we will finally see professional golfers having to hit some 3, 4, or 5-irons into those lightning-fast greens at more difficult August National once again.