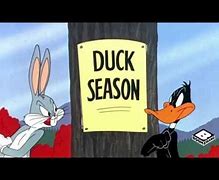 It seems to happen every fall just about this time.  Around the country, November means that it is once again hunting season!

No, this story isn’t about hunting.  It’s about coaches.

Ironically, many coaches find themselves being hunted at this time of year.

Bird Season – These winged creatures are a favorite of hunters every season.  Though your target can fly high at times, you must remain quiet and patient in order to get a chance to knock them down at lower altitudes.

In Georgia, the formerly high flying Atlanta Falcons fired Dan Quinn recently.  Yes, he is the same head football coach who took Atlanta to their second Super Bowl back in February, 2017.   After the Falcons laid a monumental egg during a second half meltdown in losing to the New England Patriots in the Super Bowl, these Dirty Birds have been circling lower than buzzards ever since.  When the Falcons started the 2020 NFL season going 0-5, the team’s ownership and fan base had seen enough.

KA-BLOOEY!   Though Dan Quinn’s career record in Atlanta was 43-42, he’s now gone.   Since the downing of Coach Quinn, the Falcons have gone 3-1.  Perhaps NOT having a permanent head coach might be the answer!

Turkey Season – Meanwhile in Texas, it’s turkey season!  You can usually spot your target as he will be the person quickly running away from media coverage and dodging unhappy fans.  When your pro team is having a really, really bad season, it’s time to FIRE that turkey.  The sooner, the better!

The city of Houston has nearly 5 million people who spend a great deal of their lives stuck in gridlock and traffic jams next to countless other patience-challenged commuters.  With some drivers needing up to 90 minutes each way to arrive at work or to drive home from their weekday jobs, fans don’t want to continue hearing their favorite sports radio station remind them of just bad the local NFL team has become.

Bill O’Brien arrived in H-town several years ago with a reputation for being the most Bill Belichick-like assistant coach in the New England Patriots’ coaching tree.  Though Bill O’Brien (thankfully) didn’t dazzle fans with a dapper assortment of chic gray Belichick-styled sweatshirts along the sidelines, his generally stoic demeanor at the helm of the Houston Texans often felt as cold as a New England winter.

O’Brien’s Texans actually made the playoffs in four of his six seasons in Houston (a much better record than that other Texas team located up I-45 N in Dallas).  The Texans play in the AFC South which has been one of the easiest divisions in the NFL for his 6+ seasons in Houston.  With a playoff record of just 2-4, the Texans still haven’t won an AFC Championship or been to a Super Bowl.

When O’Brien’s Texans started the 2020 campaign 0-4 out the chute, it became time to take aim on the head coach.

KABOOM!   Bill O’Brien finished with a 52-48 record in Houston.  Since his departure, the Texans have gone 1-4.  Some things just never change in Houston.

Gamecock Season – Over in South Carolina, the college flagship University of South Carolina in the state capitol city of Columbia already has the deck stacked against its football program.  The university plays football in the SEC (the toughest conference in the USA), while its upstate neighbor in Clemson has been playing for national championships the past few seasons while benefitting from a much less difficult football schedule in the Atlantic Coast Conference.

The most recent head football coach at the University of South Carolina was Will Muschamp.  Though his teams have posted a 28-30 overall record during four and one half seasons at the helm of South Carolina, the 2020 Gamecocks are a disappointing 2-5 thus far.   In his last week at the helm, Coach Muschamp’s team was embarrassed 59-42 by an Ole Miss team whose quarterback later confided to the press that he was able recognize the Carolina defense on every play.   By now, you know what that means…

KA-POW!   Though Coach Muschamp was fired, the University still owes him a reported $13.2 million to fulfill his contract.  At least Will Muschamp’s wallet wasn’t injured.

Duck Season – Coaches are always a major target for the transgressions of their players and staff.  In particular, head football coaches (many of whom now earn more than $1 million per year) are responsible for the actions of over 100 players plus dozens on the coaching staff and related personnel.  The head football coach must face the media questions about performance of the team on the field and, unfortunately, for matters which occur off the field as well.  The ability to artfully answer or deflect difficult questions has become one of the jobs of this well-paid college profession.

LSU TIgers‘ head football coach Ed Orgeron is taking a lot of shots from the press right now.  He is currently in “Duck!” season.  It is bad enough that the defending national champion Tigers are struggling with a lowly 2-3 record at this point in the season.

Recently, several accounts have surfaced about the actions of several former football players at LSU and their interactions with female students.   These allegations appear to be quite serious and credible.  Unfortunately, this story isn’t the first (and won’t be the last) time we will hear about bad judgment involving one or more college athletes.

Though most college head football coaches now earn a great deal of money, their formal education and experience makes them much better at teaching football skills and strategies than being the primary on-campus parent for all of their players.  Let’s remember that these young men are now of legal age.  They are old enough to vote and old enough to go to jail if they are guilty of serious crimes.

Personally, I cannot imagine how hard it would be to try to “contain” over 100 young people at all times while they are attending an expansive university campus.  Most athletic recruits have been told (by coaches, friends, and family) for several years that they are “special” during their high school simply due to being blessed with athletic talent.

The feeling of entitlement can be a recipe for disaster.

Don’t forget that universities such as LSU don’t help deflating the egos of high school athletes during their romantic recruitment of these same players.  Do you think that many of these high school athletes would willingly sign a letter of intent to attend a university knowing that the head coach is going to treat them just like a Marine Corps drill sergeant does to new recruits during basic training and for the years the players remain in the program?

Many recruits will wash-out (on the field and/or in the classroom) during the first year.  Other players will opt to transfer to another school for a better chance to play.  Despite the annual attrition, most of the remaining college athletes on the roster are most likely to be responsible student-athletes.  However, a few egotistical knuckleheads may remain due to their overwhelming talent displayed on the field.  They create their own trouble off the field.

Just like the Marine drill sergeant, the head coach of a college athletics program will be called into account for any negative actions of his players.   The bigger the violation, the louder the chants will be for heads to roll.

The national media has now declared LSU head football coach Ed Orgeron to be held accountable for his knowledge and response (or lack thereof) regarding the actions of some of his former players.

There’s no doubt about it.  We are definitely in the middle of hunting season – for coaches.

In the weeks and months to come, more coaches will be shot-down as both professional football teams and college athletic directors dismiss their current coaches for a variety of failures.  Then, these same big-game talent scout hunters will quickly return to the fields of play, plant some decoys and stock a few feeders in order to romance a brand new coach to surface and come visit them.

These recruiting hunts will find the big-game talent scout hunters armed, as usual, with never-ending platitudes of their universities or organizations, long-term coaching contracts, and lots and lots of cash in this never-ending annual saga to bag the next great coach.