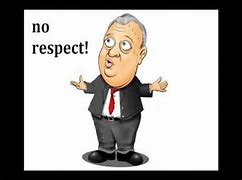 The late Rodney Dangerfield made a very lucrative career using his series of “I tell ya… I get no respect” jokes.

With this wacky pandemic-affected 2020 college football season winding down, there are a number of college football teams having terrific seasons and, as usual, are being largely ignored by the major sports media.

It happens every year.  When it’s time to announce the Bowl Championship Series (or BCS) Final Four of college football, you can put a Reserved Seat sign out there for at least one SEC school (Alabama and/or Florida), one Big Ten team (Ohio State/Northwestern/Indiana), one team from the ACC (Notre Dame and/or Clemson), and one slot to be determined.

In the 21-year history of the BCS bowl games beginning on January 1, 1999, the big bad Power 5 conferences (SEC, ACC, Big 10, Big 12, and Pac-12) have dominated appearances in the national championship games.

In 2020, the road to the final college football game may give a little hope for an outsider team to make an appearance in the BCS Final Four teams.

It’s a guarantee that the winner of the SEC Championship game will be one of the four teams.  At this writing, Alabama from the SEC West would most likely play East-leader Florida.  If Texas A&M wins out and Bama destroys Florida in the SEC Championship game, the one-loss (to Bama) Aggies are going to be “whooping” for a second spot for an SEC team.  Why would we want to see a rematch of these two teams in 2020?

The same goes for the Atlantic Coast Conference winner.  A likely rematch of Notre Dame and Clemson is looming and will most likely thrust the winner into the college football final four.  The 7-1 Miami Hurricanes lost to Clemson earlier this year and are likely out of contention.

In the Big Ten, Indiana pushed Ohio State to the brink last Saturday during their 42-35 game.  Northwestern’s Rece Davis’ (oops, I mean “Wildcats”)  have surprised everyone with their 4-0 start and is in contention for a Big Ten title game after beating Wisconsin 17-7 last weekend.  Let’s go ahead and award the Big Ten winner the third slot in the four team BCS group.

Which team deserves to be the fourth team in the BCS mix this season?

First, let’s examine the Pac-12.  The league delayed their start by several weeks due to pandemic concerns.  At this time, Oregon is just 3-0 and is somehow ranked #9 already.  The Ducks were fortunate to win a 38-35 game against UCLA last Saturday and have beaten 0-2 Stanford and 1-1 Washington State.  Yawn.  USC is also 3-0 and ranked #19 this week with a 1-point win vs. Arizona State and a 4-point scare at Arizona to start the year.   Colorado is 2-0 with just three games remaining.   The Pac-12’s six-game mini-season simply doesn’t provide enough competitive games to justify a spot in the BCS final group this season.

Lest we forget, how is the Big 12 doing this year?  This conference has a round-robin football schedule where all of the teams play each other weekly.  The result is more like a professional wrestling Battle Royale event.  Thus far in 2020, the teams in this league have done a nifty job of beating each other up.

Perpetual Big 12 BCS nominee Oklahoma lost two early season games (at home to Kansas State and on the road at Iowa State).   Boomer Sooner is now trying to run up the score on everyone else in a mad dash for media attention and ranking points to secure that fourth BCS spot.   Sorry, Sooners.  Two losses in 2020 and YOU’RE OUT!  The same goes for you, too, two-loss Iowa State, Texas, and Okie State.

Isn’t it time that we seriously considered one of several deserving undefeated teams not playing in one of these-called “power” conferences?  Let’s examine the best of the rest!

I get no respect, I tell ya! The other day, I tell the cabbie, ‘To the hospital!’

So he backed over me!

With a perfect 8-0 record in the American Athletic Conference, Cincinnati is ranked #7 by the Associated Press.  The Bearcats and their mascot are both real.  Cincy’s bearcat (named Lucille) is actually an exotic creature called a Palawan Binturong from the Philippines.

Last Saturday, the Bearcats held on for a 36-33 road win at Central Florida.  Cincinnati has downed a couple of 7-2 conference foes (SMU and Memphis) and must win their finale at #25 Tulsa to end the regular season.

I tell ya, I get no respect. Last night, my wife said she wanted to try a new restaurant. I asked her what was wrong with what we had at home.

She said everything at home was old and stale, and the food wasn’t great either.

Also with a perfect record at 9-0, the independent team from Provo, Utah is one win away from going 10-0 in the regular season with a December 12 match-up at home against 3-2 San Diego State.   Zach Wilson, the Cougars’ 6’3” junior quarterback, is a likely Heisman Trophy finalist and has NFL scouts salivating.

The school could use the revenues from a BCS appearance.  A recent report showed that the Brigham Young athletics department (which operates separately from the school) is looking at $20 million loss due to the pandemic year.  Talk about a bunch of hungry Cougars!

Last week my house was on fire. The kids were screaming.

My wife told them, ‘be quiet or you’ll wake your father!’

This Conference USA team from West Virginia is now at 7-0 and has two games remaining (Rice and a trip to Florida International).   Their defense is ranked #2 in the nation for fewest points allowed as they have allowed just 71 points through seven games (10.1 ppg).

The Herd’s schedule has been ravaged by the pandemic as a key test against perennial power Boise State was one of four games cancelled this season.   Marshall’s most impressive win came on the road as they defeated Louisiana Tech 35-17 on national television earlier this season.   Marshall is marking the 50th anniversary of a tragic plane crash in which 75 players, coaches, and others were lost in November, 1970.  Hey, BCS…Why not Marshall?

I told my son about the birds and the bees…

He told me about my wife and the mail man.  I get no respect!

This Sun Belt Conference football team (currently 8-0 on the season) didn’t even play football at the top levels until four seasons ago.  Back in the 1960’s, the school went by a rather uninspiring nickname of “Trojans”.   At the time, Coastal Carolina was a part of the University of South Carolina (known as the Gamecocks) university system.  The nickname Chanticleer (a fighting rooster) was adopted and is derived from the same animal family as the Carolina Gamecock.

In South Carolina, please be careful who you call a chicken!  Whoa…

If you watched last Saturday afternoon’s match-up between Coastal Carolina and SunBelt rival Appalachian State, you probably noticed the odd color coming from your TV set.  Not unlike Boise State’s odd-looking blue turf, Coastal Carolina’s home football field sports a very strange looking teal color which apparently is to strike fear into the hearts of teal-averse opponents.  It worked on Saturday as Coastal upended App State 34-23.

If the Chanticleers sweep the next three games and finish with a perfect 11-0 season, sports fans everywhere will want to join into the South’s largest “Chicken Dance” soon!