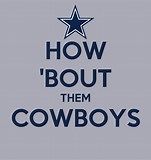 A friend of mine sent an email recently which mentioned the Allas Cwbys.  WHAT? Oh, he said it’s the NFL team which has no D and, as of last week, has no O either!

Ouch!  That assessment is not only funny, but it is quite accurate thus far in 2020, too.

You may be a long-time Dallas Cowboys fan or, perhaps, you know one.  Cowboys fans are a rather unique bunch.  They are among the most loyal supporters in the National Football League and in all of professional sports.

Dallas Cowboys fans (pre-pandemic) buy tickets by the thousands in opposing teams’ football stadiums to cheer on their beloved team.   They are even brave enough to buy tickets in hostile environments like Philadelphia where Eagles ticket holders will taunt and even tangle with those daring to enter their stadium wearing that dreaded Blue Star.

For the baby boomer generation, the Dallas Cowboys (who actually play in the nearby city of Arlington) were eventually were coined “America’s Team” in the late 1970’s.

The team was guided by their iconic head coach, Tom Landry, who led the team to 20 consecutive winning seasons from 1966 through 1985.   Landry wore an ever-present fedora which helped to make him quite easily recognizable along the sidelines.

The team’s helmet was adorned by a single blue star (as in the Lone Star state of Texas).  The Dallas Cowboys wore their white jerseys at home with blue and silver accents on the jerseys and pants.  That was the opposite of most other NFL teams who wear a color-based jersey for their home games.

With Dallas’ success on the field, some of the Cowboys’ NFC East opponents then started to wear white jerseys at home in order force the Cowboys into wearing their blue (and possibly unlucky) uniforms.

Many long-time Dallas Cowboys supporters still believe the team’s blue jerseys are jinxed.  This idea may have started at the end of the 1968 season when the 12-2 blue-shirted Cowboys were crushed 31-20 on the road by the Cleveland Browns in the NFL playoffs.  That 1968 game also turned out to be the final game as a Cowboy player for star quarterback Don Meredith, too.

At times, “Dandy” Don played professional football on the field like a cowboy.  He would often scramble around and took chances on the field (often against the advice of his stoic coach, Tom Landry) while rarely complaining about his injuries.   Don Meredith’s easy going Texas-styled personality would later translate into even more stardom in the television booth as he became an analyst and the primary foil for New York City journalist Howard Cosell during ABC’s revolutionary “Monday Night Football” games beginning in 1970.

The Dallas Cowboys introduced a new type of cheerleaders into the NFL, too.  The team’s dance-oriented team of young women and their iconic uniforms quickly became a favorite for fans in the stadium and the millions watching on national television.

Beginning in the late 1960’s, the Dallas Cowboys’ winning success on the field was noticed by a nation which was now able to watch NFL football games on television every week.

CBS had the primary television rights to the NFL and, after the merger with the AFL, the NFC.   With Dallas winning so consistently during the Tom Landry era, the network tended to carry a lot of Cowboys’ football games.

Dallas played in the network’s “national” game of the week so often that some football fans thought CBS also meant “Cowboys Broadcasting System”.

In addition to the coach in the fedora hat, the white uniforms with the blue star helmets, the cheerleaders, and the winning teams, the Dallas Cowboys players were nationally recognized celebrities, too.  In addition to Dandy Don Meredith, wide receiver “Bullet” Bob Hayes was an Olympic gold medal sprinter.  On the other side of the ball, defensive tackle Bob Lilly and a 6’9” rushing specialist Ed “Too Tall” Jones led a Dallas defensive group which garnered the nickname “Doomsday Defense”.

With year after year of winning seasons and frequent appearances on national television, the team garnered millions of fans across the country and around the world.  The Dallas Cowboys had become every bit as iconic as baseball’s New York Yankees or basketball’s Boston Celtics.

After the Dallas Cowboys lost to the Pittsburgh Steelers in the 1978 Super Bowl game, NFL Films writer Bob Ryan penned the opening sequence of that year’s highlight film (narrated by the legendary voice of John Facenda).

“The Cowboys are the Notre Dame of professional football.  No matter where they play, their fans are there to greet them.  Their faces are recognized by fans all across this country.  The sum total of their stars – are a galaxy.  They are the Dallas Cowboys…America’s Team!”

After winning the 1995 Super Bowl game (the team’s fifth title), fans of the Dallas Cowboys have suffered through 25 years of mostly mediocre finishes and have yet to return to play in the NFL’s big season finale.   Despite the team’s less-than-successful seasons, Dallas Cowboys fans still show-up in stadiums around the NFL to support their favorite team.

In this pandemic year of 2020, the Dallas Cowboys started the season with great optimism.  Competing in one of the league’s worst divisions (NFC East), expectations were high for Dallas to be a factor in the playoffs this year.  The team brought in a veteran head coach with a Super Bowl ring in former Green Bay Packers’ leader Mike McCarthy.

The Cowboys’ offense was set to roll with quarterback Dak Prescott and running back Ezekiel Elliott expected to put a lot of points on the board.   Indeed, the team is scoring 31.5 points per game in 2020.

This year’s Dallas Cowboys need all those points on offense to be competitive.  The team’s defense has been simply horrible.  Through last week’s games, the Dallas defense was ranked #32 (out of 32 teams) by giving up a ludicrous 36.5 points per game.

Is there any wonder that the Dallas Cowboys are just 2-4 through the first six games of the 2020 NFL season?

It gets worse, though.  Quarterback Dak Prescott went down with a season-ending leg injury recently and is gone for the season.  Veteran back-up QB Andy Dalton started last week’s game, and the vaunted Dallas offense only put ten points on the board in a 34-10 home loss to the 4-2 Arizona Cardinals.

The only consolation for the Dallas Cowboys in 2020 is that the NFC East is even worse than advertised.  After Philadelphia found a way to win against the hapless New York Giants on Thursday night, Philly and Dallas lead the division with just 2 wins each.  Washington and New York have one each.

The NFC East is more aptly the NFC Least.

As for the Dallas Cowboys, they already had no “D” and, after last week, the “O” (offense) is looking nearly as inept, too.