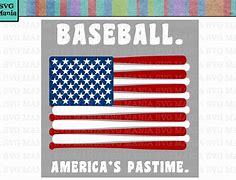 As the Los Angeles Dodgers grabbed their first World Series title in 32 years with a 3-1 victory over the Tampa Bay Rays Tuesday night, America generally ignored it.  Again.

The six-game World Series of 2020 was not played in Los Angeles or Tampa Bay.  Due to the lingering pandemic, Major League Baseball decided (for some odd reason) to play this year’s World Series in Arlington, Texas between Dallas and Fort Worth.

For television viewers, nothing says excitement like watching a snail-paced 3 ½ to 4 hour World Series game being played at a neutral site in front of a smattering of fans allowed into the stadium.

It should come as no surprise that the 2020 World Series just set another record for lowest television ratings in the history of the annual event.   For the first time ever, the 2020 World Series averaged fewer than 10 million viewers.   The ratings for this year’s Fall Classic were 32% lower than the previously lowest rated World Series (San Francisco vs. Detroit in 2012).

The viewership slide for baseball has been long and very ugly.  Let’s take a look by decade:

In forty years, public interest in watching baseball’s premier event has dropped by 442%.  With a loss of more than 32 million fans over that period, baseball has gone from “America’s pastime” to being “past its time”.

The continued erosion of interest in the sport of baseball is sounding some troubling alarms.   Though the league was able to cobble together an abbreviated 60-game regular season this year (instead of its normal 162-game marathon), fans were kept away from the local ball parks due to pandemic-related concerns.   Team owners and MLB brass hoped that providing a televised sprint-to-the-finish baseball season would serve to pique viewer interest.

Based on this year’s TV ratings, that business plan flopped.

Though attendance at professional baseball games has been ever-so-slightly dwindling in recent years, interest in the game has been plummeting among the youth.  The game, which has enjoyed a long history of passing down traditions and stories, is failing to capture the imagination and support of the millennial “video game” generation.

Baseball is a much slower sport to digest for casual fans.  When you are at the ball park, baseball provides the rare opportunity to carry-on a conversation with a friend or family member while being able to follow action on the field.  The same laid-back pace of a baseball game just may not satisfy the interests of many younger people today.

As older fans continue to literally die out, baseball’s interest has correspondingly dwindled over the years.

There is also the prohibitive cost of attending a game in person.  With average ticket prices for a Major League Baseball game at $33 apiece, a family of four will shell out $132 (plus tax) on just the tickets.  Add parking, a program and concessions, and the average family of four will spend about $232 for their visit to see just one major league baseball game at the ball park.

If you happen to plan a summer vacation around seeing your favorite baseball team (like so many people used to do), it’s a little easier to justify.   For local fans of the home team, though, it has become increasingly difficult to lay-out the kind of cash to make multiple visits to take in a game.

It’s not just Major League Baseball that is struggling, either.

As we sleep walk through 2020, the minor league baseball season was cancelled in its entirety.   If that wasn’t bad enough, the executives at Major League Baseball want to cut 25% of their minor league affiliates in a cost saving maneuver.   That would eliminate about 40 teams and reduce the count from 160 affiliated minor league teams down to about 120 across America.

The Appalachian League, which featured ten teams, was the first victim and has been transformed into a college wood bat development league like the current Cape Cod League.

A news source recently indicated that four Double-A teams from the Eastern League and Southern League may be heading for extinction soon.  If you’re a fan of the Erie Sea Wolves and Binghamton (NY) Rumble Ponies of the Eastern League (AA) League or the Jackson (TN) Generals and Chattanooga Lookouts of the Double-A Southern League, your favorite minor league team may be on the chopping block soon.

Several franchises from the Class A Advanced Florida State League, Midwest League and South Atlantic League, and the Class A Northwest League may be terminated soon.

Your average Major League Baseball fan is probably aware of the names of some of their team’s minor league affiliates, but the biggest impacts of these reductions will be felt within each the minor league local markets.

In return for cuts to the number of minor league baseball franchises, the remaining players on the rosters in the minor leagues will at least get a pay boost in 2021.  The new minimum wage will become $400/week at the lowest levels and $700/week if a player makes it to a Triple-A franchise.  With the minimum pay for a Major League Baseball player now at $555,000/year, there is incredible financial motivation for minor leaguers to work hard to make the jump to the big leagues.

In 2020, estimates are floating that Major League Baseball lost nearly $3 Billion with the shortened season and no fans in the stands.  The 2020 World Series champion Los Angeles Dodgers reportedly lost about $125 million this season after earning a profit of $60 million during the 2019 season.    With a total of 30 major league baseball teams, the pandemic will exact a significant financial toll on each team this season.

The average MLB team receives about 40% of its revenue from local tickets, concessions, merchandising, and parking at home baseball games.  Teams also rake in about 40 percent from media rights (national and local), and the remainder of revenues are derived from sponsorship and suite deals.

Fortunately, Major League Baseball’s current national television deals with Fox Sports and Turner Sports have been secured through 2028.   The other 60% of team revenues, though, are quite at-risk if the pandemic issues continue into 2021.

With baseball’s continued inability to add new fans (whether in person or via television), the chances of contraction (fewer franchises) and lower player salaries may be coming sooner than you think.

The continued annual decline of Major League Baseball reminds me of a bicycle tire which is slowly leaking air.  You tend to ignore the issue until it has become flat.