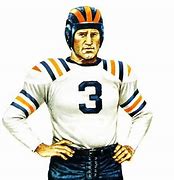 It’s that time of year again!  Tonight, the annual draft is being held (via Yahoo! Sports) for my fantasy football team.

This year marks my tenth season in a league which I play for “fun” only.  This is unlike most fantasy football leagues where participants must ante-up some type of sporting contributions (money) to pay the winners at the end of the professional football season.

I am far too cheap and much wiser than I was when signing-up to play in my first fantasy football league nearly forty years ago.

As a young professional, I teamed-up with two friends at work (Wayne and Victor) to participate in what was one of the early years of fantasy football.  I chuckle remembering that our league was being run a “shark” (a guy who actually knew how the game should be played) who also happened to be an Accounting supervisor.   Commissioner Harold was quite competitive and, of course, won the league that season.

Back in those ancient days of 1981, fantasy football was still in its infancy.  The three of us chipped in our share of the $100 team entry fee.   As a newly married man, I advised my lovely wife that this was intended to be an investment in corporate camaraderie.

The draft was held at a local pizzeria with representatives of each fantasy franchise there.  There was much fun in taunting, cheering, and booing the other teams as they made selections.  By the time a few hours had passed, we were all set with our team roster.  Ready or not, here we come!

In the ancient days of 1981, there was no internet available.  We were relegated to football information from the daily local newspapers or, if you were seriously into it, you could splurge for a weekly copy of  “The Sporting News” for $1 per issue if you wanted more  stats.  Back then, you could purchase both of them a downtown newsstand.  Those were the days.

Fortunately, there were no Thursday night football games, so your weekly team roster was due by Noon on Friday.    On Friday mornings, the three of us would huddle in an office to hash-out which of our two quarterbacks should be the starter and then work through the remainder of the running backs, wide receivers, tight end, kicker, and defense to play for the upcoming weekend.  Fortunately, our boss was too busy with his own issues to mind that his staff was goofing off (I mean, bonding) every week that fall.

We would grab a cup of coffee on Friday mornings and share some laughs while performing this weekly ritual.   In that 1981 fantasy football league, the Commissioner would be bombarded with phone calls from teams trying to work trades.  He quickly amended the rules to limit the number of trades each team could make and also limited the number of players you could drop or add.   I think that meant that his boss wasn’t as forgiving as ours!

That’s when the pain would begin, too.  I had always enjoyed watching professional football on Sunday afternoons and Monday nights.  However, that particular football season in the fall of 1981 was totally different.

I would find myself yelling at the television when a touchdown highlight was shown.  As the studio announcer would show a 60-yard touchdown pass in another game, I was already despondent knowing that our weekly opponent had just pocketed $11 for that touchdown.

Everyone who plays fantasy football quickly learns how painful it is to watch your opponent’s good fortune on a Sunday afternoon or Monday night, while your team’s quarterback would throw for 300 yards but had no touchdown passes on the day.

Then, there was the financial issue.  What we didn’t realize was that once your team’s cumulative losses had exceeded the initial $100 entry fee, your team’s “owners” were on the hook for whatever your final losses may turn out to be by the end of the season.  Fortunately for our team in 1981, we “only” lost about the same $100 which we had put into the pot at the beginning of the season.

That smiling Accounting Supervisor/League Commissioner would pocket nearly $500 from finishing in first place that season.  The “worst” team lost about $400 in total that year.  I don’t know if any of them were married, but they probably had some explaining to do.

That would be the first and last year which I played fantasy football for money.  It wasn’t fun to grind the games every Sunday afternoon instead of having a good time watching the action.

In 2020, I will again participate in the draft at 6:30PM tonight.   Some years, I have purchased a $5-10 magazine to help me figure out who the “sneaky” best players will be.  This year, I’m going into the draft with only a printout listing possible players which I assembled last night after perusing a few sports websites.

Unlike those pizzeria days of 1981, the fantasy football drafts are now held in the solitude of your home sitting at your computer.  While our fantasy league teams of old would cheer or boo your selections in person, the 2020 draft features a countdown clock to insure that your team quickly makes a selection.   Regardless of how well you prepare, that countdown clock (60 seconds in our case) adds a level of stress to the evening.  It never seems like I have enough time, but somehow it all works out.

My team’s cumulative record in this league sits at a paltry 66-71-1 over nine seasons.  Indeed, my skills at fantasy football remain about as bad as they were back in 1981.

Only now, I can enjoy watching professional football games and know that my wallet isn’t being pilfered with every touchdown highlight being shown on television.

I still don’t like to lose, but I disliked losing money even more!