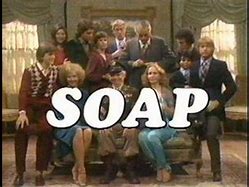 As Hurricane Laura blew through much of Louisiana Thursday morning, the players of the National Basketball Association are generating their share of wind, too.

The first round of the NBA playoffs was underway at the $150 million “COVID Arena” at Walt Disney World.  The league has spent even more millions to pay for hotels, meals, and other accommodations for the players to allow for a safe conclusion of the 2019-2020 basketball season.

Thus far, there have been no reported outbreaks of COVID-19 at the NBA’s so-called “bubble” location in Florida.

On Wednesday, though, a bubble popped.  It wasn’t related to the pandemic, though.

Prior to the first game of the day on Wednesday, the Milwaukee Bucks players decided to boycott Game 5 of their scheduled playoff encounter with the Orlando Magic.  The players have become upset about ongoing social issues relating to a black man who was shot by a police officer after resisting arrest in a city in southern Wisconsin.

So, the Milwaukee players unilaterally decided that they would not participate in Wednesday’s game against Orlando.  The players for the Orlando Magic were already on the court and ready to play the game.

Instead of awarding the Magic a victory via forfeit, the NBA agreed to postpone that game and then also postponed the other two playoff games scheduled for Wednesday evening.

On television, former Houston Rockets player-turned-TV analyst Kenny Smith told the audience that he was going to join the protest, too.  So, while on live TV, Smith took off his headset and walked away while Shaquille O’Neal, Charles Barkley, and host Ernie Johnson watched.

As of this morning, it is unknown whether Turner Network Television has taken any action against Kenny Smith for walking off the job on Wednesday.

In summary, actions by the NBA players led to a cancellation of play Wednesday.  Last night, the players held what was termed to be a spirited meeting with (of course) LeBron James and his Los Angeles Lakers walking out and threatened to boycott the rest of the playoffs.  Their crosstown rivals Los Angeles Clippers did the same.   The rest of the teams, though, apparently want to continue playing ball.

The NBA has often been compared to a sports soap opera.  This emotional outburst by the players seems to be with the best of intentions, but there are numerous practical matters the players may not be thinking about, too.

The NBA’s players apparently believe that they have control over the owners, television, and the fans by deciding when and if they want to continue playing.

After the players’ meeting Wednesday night, they have demanded that the NBA’s team owners need to do more (right now) to stand in solidarity of social justice issues in America.

Just like a good television soap opera, the NBA has put the spotlight onto itself again.

Will they play any more playoff games this week?  Will the NBA owners allow two of their teams to bolt and go home?  Will the owners “do more” (whatever that means and however it is measured) to join with the players?

The players (like many of the protestors in America recently) have taken matters into their own hands.  They don’t want to wait for America’s legal system to gather all of the evidence against the police officer in Wisconsin.

What type of action?  What are they planning to do?  Are they going to lead more protests and riots or are they willing to facilitate peace between the protesters and police by holding open discussions leading to meaningful change?

Are the players willing to give up their multi-million dollar contracts this season?  How about next year?

Will the owners give the players time to calm down and get back onto the court this week?  Or will they seek to enforce contracts with the players and ask for monetary compensation?  Should the NBA proceed on without LeBron James and the Los Angeles basketball teams?

Will the television networks seek reimbursement from the NBA for this disruption?   Who will pay for the lost revenues – the players, the owners, or both?

What about the fans?  The forgotten NBA fans are being denied a chance to watch playoff basketball right now.  Will they return this season – if there is a conclusion to the season?   Will they show up next year – if there is an NBA season next year?

The public is getting tired of watching the NBA’s soap opera.  They have been in a television ratings decline for the past year, and the playoffs are down significantly over recent years.

The NBA is in the business of providing professional entertainment.  By abandoning their jobs, professional basketball players are telling their fans that the game doesn’t really matter in the big scheme of life.

Those same players shouldn’t be surprised if sports fans eventually have the final vote – with their feet.

Stay tuned! Today’s drama-filled NBA may no longer be a part of your evening television viewing anytime soon. Instead, the NBA’s frequent twists and turns might be better suited for a spot in the daytime soap opera television line-up!