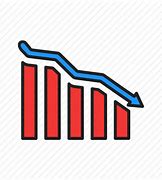 Professional sports have finally reappeared on the scene the past several weeks.  Though the sports are being played in front of no fans or virtual fans, the opportunity to watch sports again has finally returned.

Based on the television ratings, though, it appears that much of America isn’t missing sports as much as I would have thought.   Other than televised golf, most of America’s major sports are falling well short of the television audiences that might have been expected.

With a cessation of sports beginning in March 2020, you would think that sports viewers would have a significant pent-up demand to watch the conclusion of basketball right now and, soon, the beginning of football.

The National Basketball Association decided to play an abbreviated end to its regular season in a creative and unique “bubble” environment at the Walt Disney World complex in Orlando, Florida.  The league reportedly spent about $150 million to create an indoor basketball arena complete with rows of virtual fans (seen via Skype), home team logos on the basketball court, your favorite home team’s organ music, sound tracks which make it sound like thousands of people are cheering for the home team, and even a public address announcer to make it sound like the game is being played in the home team’s city.  It is truly impressive.

Most importantly, the early weeks of the National Basketball Association’s “bubble” in Orlando, Florida have been played without any noticeable issues from the ongoing COVID pandemic.

With four months of pent-up demand, sports fans are remaining at home more than they would during an average summer.  Even with television networks heavily promoting the games, the television ratings for the NBA are down – a lot!

Last Friday, ESPN scored just 505,000 viewers for the Miami Heat vs. Indiana Pacers game.  It was the least-watched NBA game on ESPN, ABC or TNT since 2017 when a Chicago-Memphis game garnered just 377,000 viewers while going up against an NFL playoff game.

Some sports media outlets are cranking out biased stories that would have you believe that sports television viewing is typically down across the board in August.  The NBA playoffs would normally take place in April, May, and June.  As a result, some in the media are trying to convince you that the diminished basketball television ratings are about on par with what the league was expecting for games being played in the month of August.

Ask yourself this.  If there are millions more sports fans not traveling this summer and are staying inside in record numbers due to a pandemic, why shouldn’t television ratings be higher than average?  If you love a sport, why would you not watch it when you’re stuck inside?

The NBA has been a leader in embracing social justice issues by the players this spring and summer.  The vast majority of NBA players are now wearing a jersey which features some brief social justice comment on the back.  Seeing “I Can’t Breathe” or “Say Her Name” instead of the player’s name atop the jersey is not what the average fan tuned in to watch.  The games also begin a national anthem featuring players taking a knee on a court which also contains a large painted “Black Lives Matter” logo near the center.

As covered in some of my other posts, some Americans prefer not to have politics mixed into the pleasure of watching their sports entertainment.  Based on declining television ratings, some traditional NBA viewers have found other things to do with their time.

The NBA isn’t the only sport dealing with putrid ratings right now, either.  HBO’s annual NFL training camp series entitled “Hard Knocks” pulled in just 251,000 viewers last Tuesday.  That’s down 50% as this series has drawn a minimum of 500,000 viewers every week in August since 2017.

I’m still waiting to hear the media’s explanation of why an annual football program like HBO’s “Hard Knocks” (which has aired annually during an NFL team’s training camp) has now lost half of its average viewing audience.  Like the NBA, NFL players have been promising a season full of social justice commentary of their own.

Meanwhile, rumors are heating up that the NFL is considering dropping the playing of the Star Spangled Banner completely at football games or they may suggest that football players remain inside the locker room during the national anthem to avoid any on-field distractions during this ceremonial start of the game.  Even if this were to happen, I expect that the players will find other ways to raise their social justice messaging at football games this fall.

If college and NFL football ratings are tackled for a loss this fall, a serious financial wake-up call between the television networks, owners, and players of these sports may begin in earnest.  With more and more former sports fans learning to break old habits and find more enjoyable ways to spend their leisure time, this promises to be an interesting fall!