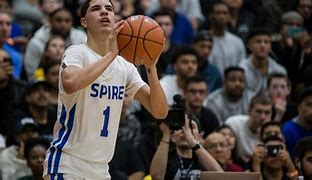 Tonight, the NBA’s draft lottery will be held.  The NBA’s worst teams for the past season will be given a priority to select the first players taken in an upcoming NBA draft (probably in October).

In by-gone days, the NBA draft lottery represented a fun night for all teams involved.  The original lottery put all 14 of the non-playoff basketball teams into a big hopper and someone would randomly select a card with the team’s name on it.  The final card remaining would win and be awarded the first pick in the pro basketball draft.

Even if your team had the league’s worst record, the random nature of the selection didn’t insure that your team would get a top spot in the draft.  Every “bad” team had a 1 in 14 chance of being selected at #14.

I liked the old style lottery process as it discouraged “tanking” (losing more games on purpose to get a higher draft choice).

The NBA wanted to make sure that the absolutely worst teams in the league will almost certainly get one of those treasured top three picks (and sell more season tickets), so they changed the rules and stacked the deck.

This season, the Golden State Warriors (recent NBA champions from a few years ago) finished with the worst record in the league.  According to ESPN, the Warriors will have a 100% chance of receiving a top five lottery position, a 40.1% chance of it being a top three pick, and a 14% chance of being the #1 overall pick.

For Memphis fans, this year’s first pick is likely heading to the Boston Celtics anyway after they made a deal to trade the pick to Boston.

In last year’s first of this new-and-improved NBA draft process, the New Orleans Pelicans received a statistical surprise and moved from the middle of the pack and into the #1 position.  They selected Duke sensation Zion Williamson – who spent most of the season recovering from a preseason injury.

I doubt very many people will watch Thursday night’s Draft Lottery show (7:30PM CDT on ESPN) , but the “hype machine” is already being set into motion about one of the players who may be selected with the first pick in the upcoming player draft.

Remember Lonzo Ball?  If not, I’m sure that you should remember his father, LaVar Ball.

Yes, LaVar Ball’s second son is now heading your way soon.  According to the so-called experts, the next Ball is rolling toward a top pick in this year’s NBA draft.

Just a few years ago, Big Daddy LaVar Ball told the world that his first son, Lonzo, was the greatest player on the planet after playing just one season at UCLA.  LaVar then announced that his son would only play for the Los Angeles Lakers (which, ironically, happened to be the team which selected him).  How would you like to be a young man with that kind of pressure?  No, thanks.

The Lakers would select 6’ 6” guard Lonzo Ball with the #2 pick.

Sadly, the term “#2” has been an apt description of Lonzo Ball’s performance thus far in the NBA.  After all of the hype from his father and the sports “We know better than you do” media, Lonzo averaged a paltry 10 points and six assists per game.  After two (there’s that number again) disappointing years in Los Angeles, the Lakers flushed Lonzo Ball to the New Orleans Pelicans to start this past season.

With a fresh start in New Orleans for his third pro season, the highly-hyped and extremely consistent Lonzo Ball averaged 10.7 points and seven assists per game.  Worse yet, he shot a putrid but revealing 48.7% from the free throw line in 2019-2020.

Lonzo Ball’s shooting style was never NBA caliber.  His low release (chest-high) is very unique and requires him to have adequate space to get his shot off.  His speed and quick hands have helped his ability to get down the court on fast breaks, but he remains an offensive liability when the game slows to half court speed (see also – Ben Simmons with Philadelphia).

That brings us back to the 2020 NBA draft lottery tonight.

The most media hyped player who is eligible for this year’s draft is none other than LaMelo Ball.  He is an inch taller than his older brother, but his style of play is remarkably like his brother Lonzo, too.

If you haven’t heard much about LaMelo Ball, it’s because Daddy dearest took him out of high school a few years ago in 2017.  You see, Daddy LeVar Ball didn’t like the high school basketball coach.

Pops took LaMelo to Lithuania (the country in Europe) to play “professional” basketball at the age of 16.  While LaMelo’s classmates were juniors and seniors and enjoying their high school years, Daddy Ball’s second son was being groomed for a career in the NBA.

This year, LaMelo Ball was shipped to Australia (thanks, Dad!) and played a season in Australia’s professional league with Wollongong in New South Wales.  Dealing with a foot injury for part of the year, LaMelo Ball played in 12 games and averaged 17 points, seven rebounds and seven assists per outing.

His shooting percentage, though, was just 37 percent (which was inflated by a number of dunks he gets every game).   The warning lights should be flashing as LaMelo Ball’s poor shooting style resembles that of his older brother, Lonzo.

There is no doubt that the Ball brothers have a significant amount of pure athletic ability.  To succeed in the NBA, though, it requires incredible dedication and desire to keep improving your skills and leadership ability (see also:  Magic Johnson).

Thus far, the Ball-players suffer from poor shooting fundamentals and years and years of being pushed too hard by their very proud but overbearing father.

If you believe this year’s hype (mostly coming from the sports media this time), LaMelo Ball may be selected near the top of this fall’s NBA draft.

Fool me once, shame on you.  Fool me twice, you stepped in it yourself.