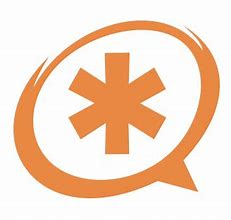 It is difficult to write about sports in 2020 when they aren’t being played this spring (yet).  When the country shut down sports to protect the players, fans, and workers, the 2020 sports season is one big asterisk.

According to the Miriam Webster online dictionary, the character asterisk is “thought of as being appended to something (such as an athletic accomplishment included in a record book) typically in order to indicate that there is a limiting fact or consideration which makes that thing less important or impressive than it would otherwise be.”

It isn’t the fault of the NBA, NHL, Major League Baseball, or golf that their sports seasons were affected.  The unforeseen C-virus pandemic required a healthy dose of caution, so a delay or modification of certain sports seasons was certainly the correct call.

I am reading more and more sports articles on various national sites where the writers opine that leagues like the National Basketball Association should find a way to conclude their seasons and crown a champion without a so-called “asterisk”.

If the normal course of a sports season has been interrupted by a pandemic, labor dispute, war, or any other type of unforeseen reason, sports historians have marked those champions with a so-called “asterisk” to denote that the season had been shortened.

Regardless of the punctuation, a 2020 winner is still a sports champion!

In this unique sports world of 2020, the idea should be to either cobble together a modified schedule or just plain shut it down and try again next year.

Hall-of-Fame basketball player Shaquille O’Neal recently said that he believes the NBA should simply end their season right now without crowning a champion, allow the players to stay healthy and tip-off a brand new season, as scheduled, this fall.

In the case of the NBA, I tend to agree with the big man on this one.

I don’t think it’s fair to the basketball players to cram a lengthy end to their 2020 season and leave only a month or so prior to restarting again in October for a full campaign ending in 2021.   The NBA regular season plays more than twice as many basketball games than college basketball does.

As of this writing, the NBA is currently considering an abbreviated season conclusion by staging the league’s games in Orlando at the Disney Wide World of Sports venue.

To me, the key word should be “abbreviated”.  Crown a champion by the end of July, and I’m all in!

The National Hockey League is proposing a 24-team dash for the Stanley Cup to end their 2020 season.  Sounds great!  Go for it, but put those hockey sticks away before August 1 and the first preseason games of the NFL begin.

What about baseball?  Simple.  Play as many games as you can (whenever you decide to start playing them) before the end of September.   On October 1, the playoffs start and the 2020 Asterisk World Series needs to conclude before the end of the day on October 31.

The Professional Golfers Association (PGA) 2020 remaining schedule seems to have been written with a golf pencil.  In the goofy 2020 sports seasons, golf deserves a mulligan, too!

The men’s professional golf tour currently shows the PGA Championship back in August in San Francisco (great!), the US Open being played in September at Winged Foot near New York (terrific!), and they have even moved The Masters tournament from April into November.

I don’t know about you, but the thought of waves of leaves falling onto the impeccable fairways and greens of Augusta Country Club doesn’t appeal very much.  Yes, and I will still watch it!

Go for it, golfers!  It doesn’t matter that this season’s golf events will be marked by the proverbial sports asterisk as those tournaments aren’t being played in their normal order and time of the year.

At least the Americans didn’t cancel their national golf tournament.  The British Open has waved their proverbial white C-Virus flag and cancelled their 2020 tournament.  Though the logistics are quite troublesome considering the amount of trans-Atlantic air travel required, it is understandable.

I still think the Brits gave up a little too early, but, somehow, we’ll be able to manage just fine without a 2020 Claret Jug competition.  Congratulations again to 2019 champion, Shane Lowry!  By virtue of this year’s cancellation, he now receives a rare second year to take the Claret Jug around to his favorite Irish pubs to share with his friends.

Thus far, the National Football League hasn’t been required to change its schedule.  The NFL was fortunate to have concluded play before the abrupt halt to sports began in March and continues to this day.  Though the NFL games scheduled beginning in early September may or may not be played in front of a full stadium of paying fans, the football league seems to be the lucky sports winner in 2020.

As for college football, the NCAA has already ruled that college football games may not be played if your college/university is not open for on-campus classes by this fall.   That makes sense.

In the southern states, though, a fall without college football would be a form of autumnal sacrilege.  For certain northern and western US states, though, there appears to be a distinct probability that some colleges will not be playing football this fall.

As explained in a recent SwampSwami post, that will be just fine.

Regardless of the number of college football teams who suit-up and play this fall, there should be a BCS “Final Four” played.  Yes, another 2020 “asterisk” sports champion may be crowned, but who really cares?

As sports fans, it’s time to cheer on any creative way to bring sports back onto the scene.

American sports fans are hungry to watch sports again and will embrace these unique one-year changes in our sports landscape.   The great majority of fans will not care if the 2020 sports champions are crowned and marked with an asterisk.

In my way of thinking, the 2020 winners will be remembered for a lot longer than a traditional year’s sports champion.

Think about it.  In twenty years, you will be able to tell your kids and grandkids about the year that the Masters was played in November and won by “insert your favorite golfer’s name here”.

These winners won’t be asterisks.  They will be trivia answers for the next century!

Should you disagree and attempt to diminish the accomplishments of these 2020 sports victors, you may kiss my proverbial punctuation mark!