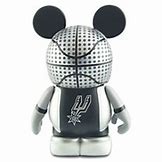 After pausing its regular season on March 11, the National Basketball Association announced last week that it plans to resume playing ball on July 31.

If you’re an NBA fan (for this year only, via television or radio) who wanted to see the 2019-2020 season end with a winner decided on the basketball court, this is very good news!

Unfortunately, only 22 of the 30 NBA teams are invited into the so-called “Bubble” location of the Disney World complex in Orlando, Florida.   The league’s ownership group voted down options to resume play with all 30 teams competing and also voted down a motion to resume play with just the current top 16 playoff teams.

In my opinion, the luckiest teams will be those eight NBA clubs who can shut-down right now for the season, heal and rest their players, and be ready to go when the next season tips-off yet again (now expected to be around December 1, 2020).

For the 2017 and 2018 champions in Golden State, this NBA season now mercifully ends after its team lost several starting players to injury.  The Warriors will benefit from the new delay in starting the 2020-2021 season as their long-time foes duke it out in the seemingly never-ending NBA 7-game series of playoff match-ups.

With such a long delay in the season, you might think that the NBA would alter and/or shorten its playoff format this year.

After these “lucky” 22 NBA teams conclude the regular season with a brief eight game schedule to establish the 16 playoff teams, the NBA playoffs at Walt Disney World will start (without fans) and be played as if nothing unusual has occurred this year.

By that time, the National Football League will be nearly halfway into its regular season.  Major League Baseball (if they play ball this year, that is) should be moving be into playoff games by then, too.  And don’t forget about college football (for those schools that are open to students, that is).

Whose bad idea was it to begin the NBA Finals in mid-October?

Instead of celebrating the uniqueness of this truly unique 2020 sports season, the NBA Commissioner has opted for the status quo on its playoffs.   The league will trot out the same old lengthy 7-game playoff formats again beginning in mid-August.

For nearly three months, the NBA hopes that you will forget about football and baseball and watch two full months of playoff basketball games this fall.

I understand that the NBA Commissioner has to compromise with both the team owners and players, but keeping the same playoff format for this particular 2020 season just doesn’t make sense to me.

Why not jazz things up this season with a one month (August) sprint to the finish?  In order to claim the spotlight, the NBA could play best of two-out-of-three games playoff series between the top 16 teams based on their regular season record and not based on conference.  Then, the league could crown a champion with an NBA Finals featuring an abbreviated best of three-out-of-five games format this year.

My contention is that the public and sports media interest would be heightened as the NBA captures the headlines with this one-time only finale to its season.  The winner would be remembered as a unique champion in a unique basketball season.

Instead, the NBA will trot out its playoff teams and expect the public to be interested in watching the same 7-game playoff series format just like usual.   I assume that the NBA doesn’t want the 2020 season to mess with its lengthy history by changing the playoffs this year.

As if this year WASN’T significantly different?

The basketball league, though, seems to be oblivious that their normal playoff schedule played during the months of April, May, and June was already far too long.   In springtime, though, the NBA’s soap-opera playoffs only must compete for viewers against early season games of Major League Baseball and those dedicated (but much smaller in number) viewers of the National Hockey League playoffs.

In the spring, the NBA has been the King of sports television.  And it’s good to be the King, right?

This fall, though, the NBA ratings will be likely be tackled for a loss (oof!) by the National Football League regular season, college football on Saturdays, and the possibility that an abbreviated Major League Baseball schedule may (key word – may) be competing at the same time.

By September, the NBA is banking on your TV viewing a possible second round seven game match-up between (let’s say) Indiana vs. Toronto or maybe Denver vs. Oklahoma City.  The league seems to be oblivious that watching any seven game NBA playoff series (other than, perhaps, the NBA Finals) was already painful viewing during its normal springtime time slots.

This may become an October, 2020 NBA Finals television ratings disaster.

Meanwhile, as these 2020 NBA playoff teams are toiling without fans in the stands in Orlando for three months, there will be eight fortunate teams who sitting at home and getting prepared to play next season’s games beginning in December.

It would hardly be a surprise if a few of this year’s biggest NBA losers such as the Atlanta Hawks (with one of the youngest teams in the league) become a contender in 2021 as the older teams (who will have a maximum of 45 days of rest after the 2020 season ends in October) wheeze and limp their way through yet another lengthy hoops season.

The NBA better have the medics on speed-dial in 2021 as veteran players run out of gas long before next season’s playoffs begin.

This just seems so unnecessary, but the financial implications are likely driving this madness.

So, let’s give credit to the NBA for making an attempt to come back sometime by late July.  On the other hand, this questionable business move in 2020 may have more significant impacts for the 2021 season as teams with aging stars might find themselves on the sidelines come playoff time next spring.   Time will tell.

In my opinion, the NBA missed a golden opportunity to dominate the sports television landscape prior to Labor Day with an exciting new abbreviated conclusion.  Instead, we’ll get the same ol’ Mickey Mouse playoff series again.

If there is any magic left in Walt’s kingdom in Orlando, the 2020 NBA playoffs are going to need it.