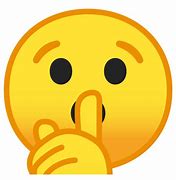 Not so long ago, the PGA tour utilized local volunteers to hold up those obnoxious signs to remind thousands of golf fans that they should keep their voices down while a professional golfer was at work.

Those placards won’t be necessary beginning this week, though, as paying fans will not be permitted on the golf course in Fort Worth, Texas.

After a nearly three month C-Virus absence, the Professional Golfers Association returns to work today in Fort Worth at Colonial Country Club with the Charles Schwab Challenge event.

Sans fans, that is.

This tournament, which has been around since 1946, should be named the “Insert Sponsor’s Name here” event at Colonial.  According to one source, the golf tournament in Fort Worth has been sponsored by Southwestern Bell, MasterCard, Bank of America. Crowne Plaza Hotels, and, most recently, by Dean and DeLuca (which is a chain of high-end grocery stores, by the way).

So, today “Chuck” Schwab becomes the newest sponsor to invest in the golf tournament in Fort Worth as an impressive field tees it up this weekend.

Unlike other sports which have been affected by the C-Virus pandemic in 2020, professional golfers are not on a salary.   When golf isn’t being played, they earn a big fat zero.  Nada.

Men and women professional golfers must win enough prize money to pay their own bills and earn a right to remain on golf’s biggest stage year-to-year.

Professional golfers are responsible for their own costs at every tournament they enter.  That includes travel costs, hotel room, caddy costs (usually a percentage of earnings with a weekly minimum pay), food/beverage and any other expenses they incur for the week.  With 144 golfers in the field for most PGA events, there is a cut after the first two rounds (36 holes).  If your score isn’t good enough to be in the upper 50% of the field playing on Saturday and Sunday, you won’t pocket a dime in prize money for that particular week.

To insure that you continue playing year-to-year on the PGA Tour, you must finish in the top 125 golfers every year.   Though a professional golfer can earn a nifty salary without actually winning a golf tournament in a particular year, the pressure is always on every week to play well enough to make into the weekend’s final two rounds and cash a paycheck for the week.

In this Tiger Woods era, the prize money in professional golf has been quite good.  In 2019, 113 of the top 125 golfers earned $1 million or more.   Even after weekly expenses and taxes, the bottom rung PGA players are still pocketing around 25% of their annual earnings made on tour.

If you are fortunate enough to qualify to play annually on the big golf tours, you’ll also pocket some extra cash if you’re willing to (literally) sell yourself to sponsors.

In case you haven’t noticed, make it a point this weekend to look at your favorite golfer and notice how many sponsors names are located on the golfer’s hat, shirt, golf bag, and even on the caddy.   I think I’ve seen up to four different sponsors on the hat for some golfers.

Back to this week’s re-opening event in Fort Worth.  In addition to being played without the customary legions of faithful golf fans on the golf course, you’ll need to watch the event on Golf Channel and, on the weekend, CBS.

That’s where it is going to get really weird.

Though the recent Phil Mickelson-Tom Brady vs. Tiger Woods-Peyton Manning event utilized microphones on the players to gin-up some interest, a regular PGA event really depends on the golf fans to make the noise.

I’ve been to a number of PGA and LPGA events over the years.  The golfers are in their own personal zone and generally do not talk very much to their fellow competitors.   The more serious the level of golf competition, the less chatting you’ll hear on the golf course, too.

That is going to make the job of CBS golf host, Jim Nantz, that much harder.  Even the broadcast booth has been hit with pandemic precautions such as social distancing beginning this week.

“It’s going to be different,” said Nantz.  “We’re all going to adjust. It’s one of the great challenges I’ve ever seen in my 35 years. This crew is ready for it; it’s as well planned out as anything I’ve ever been a part of in all my years.”

Nantz’ longtime booth partner, Nick Faldo, will be a long way away from his broadcast associate this week.  Florida, to be exact.  Faldo will be providing his analysis from a studio over a thousand miles away.

Jim Nantz, who was a college golfer at the University of Houston, will be allowed to talk directly to several of the PGA players this week while they are playing their rounds.  Rickie Fowler, Graeme McDowell and a few others are agreeable to wearing a portable microphone unit to provide feedback as their own round progresses.

I’m sure that the golfers wearing the microphones realize that they are also, in effect, trying-out for a future television role once their careers end, too.

I have my doubts about how much insight the on-course PGA professional golfer will provide to the telecast.  Imagine if you’ve just dumped your tee shot in the water on the par-3 16th hole.   Though the national television viewing audience can probably figure out what the average golfer would say after a bad shot, I doubt that we’ll get that kind of candor (although it would be fun!).

Where the fans will really be missed is around the greens.  When a player sinks a clutch putt for a birdie coming down the stretch to take the lead, you’ll be lucky to hear his caddy whoop it up for him.

Strange times we are living in.

But watching a live golf event beats no golf at all on television this weekend.

The Sounds of Silence debuts today on Golf Channel and Saturday afternoon on CBS.