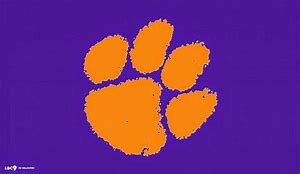 Ohio State and LSU (both 11-0 as well) round out the top three teams again this week.

Ohio State finally had to work up a sweat to take down 9-2 Penn State in a 28-17 home win. We’ll find out how good the Buckeyes are this coming weekend as they finally play a meaningful road game at arch-rival 9-2 Michigan.

The LSU Tigers’ offense continued to impress in a 56-20 win over the hapless Arkansas Razorbacks on Saturday night. The Tigers will be seeking revenge this coming Saturday as they host 7-4 Texas A&M at Tiger Stadium. Last season, the Texas Aggies took a 7-overtime (correct) win over LSU at Aggieland (aka Kyle Field).

Oregon’s loss at 6-5 Arizona State late Saturday night was the biggest surprise of the weekend. With the loss, the 9-2 Ducks’ BCS title hopes have been plucked. However, they can also quack-up the slim BCS chances of 10-1 Utah in the Pac12 championship game soon.

We finally had to bring in a couple of three-loss teams to round-out the rankings this week. Welcome to the 8-3 Iowa Hawkeyes (the team which wears a terrific looking uniform remarkably like the Pittsburgh Steelers). The 8-3 Auburn Tigers grab the #25 spot this week and faces arch-rival Alabama in the “Iron Bowl” this weekend.

Finally, college students from both Harvard and Yale ran onto the field during halftime in a coordinated protest against climate change. The students delayed Saturday’s game for over one hour.

It would have been a courtesy to the other fans in the stadium if the protesters had spelled out the words “CLIMATE CHANGE” on the field like most college bands would have done!