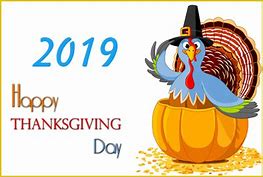 I’ll be on the road during the upcoming Thanksgiving week.  While traveling in the Bayou State to visit places both south and north of I-10 connected via I-49, my lovely wife (aka “Swami Mommy”) and I will be enjoying a week of fun and family.

Here at SwampSwami.com, we’re family, too!  We share a common bond with our desire to learn more about the inner workings of the sports scene.  We like to celebrate sports achievements – whether it’s the rise of the unknowns such as the Minnesota Golden Gophers or to marvel at the amazing continued success of the New England Patriots.   We also take note of the cringeworthy moments in sports, too!

Sports can be a healthy outlet to take our minds off work, personal problems, and, of course, politics.  With Thanksgiving 2019 coming-up, let’s take a few minutes to recognize and give thanks for some of this year’s best sports stories:

Joe Burrow and the magical LSU passing show – Let’s face it, Tiger fans, it’s seems like a dream (but don’t wake us up) in 2019 watching this year’s LSU offense.  Led by likely Heisman Trophy quarterback Joe Burrow, the surprising LSU passing game is ranked second in the nation in passing yards with over 360 yards per game via the air.  Burrow’s receivers seem as good as most NFL teams, too.  Dare I remind Tiger Nation that LSU’s last two national championships (2003 and 2007) came in championship games played in the Superdome of New Orleans?  Guess where is this year’s championship game being played?  Yep!  Happy Thanksgiving, LSU Tigers!

Teddy Bridgewater’s Saintly performance – Here’s a guy who was generally overlooked during the 2014 NFL draft as he fell to the final pick (Minnesota) in the first round.  After two good seasons as the Vikings quarterback, Teddy suffered a left leg injury which sidelined him for 19 months (or two NFL seasons).  In 2017, Bridgewater signed a contract to play for the New York Jets, but the Jets then shipped him to New Orleans to be the back-up to Drew Brees.  This season, Brees was injured (throwing hand thumb), and Teddy led the Saints to a 5-0 mark until Brees returned from his thumb.  Regardless of what happens this year in New Orleans, free agent Teddy Bridgewater will be offered a LOT of money in 2020 and beyond.

The Officials (referees and umpires) – These guys have been getting hammered (and, in some cases, for good reason) this year.  In football, the game officials have become too reliant upon instant replays and are becoming more reluctant to throw a penalty flag during pass interference plays, too.  In baseball, the umpires are getting hammered for missing balls and strike calls and bang-bang plays at the bases, too.  The reason?  Instant replay!  It’s time to scale back instant replay and force the coaches on the field to make the decisions about instant replays.  Give football, baseball, and basketball coaches at least two opportunities per game to question a call.  The officials are suffering from video paranoia, and they need to do their jobs without feeling that every play is being reviewed.

Minnesota sports – Between the Minnesota Twins winning the American League Central division and the Minnesota Golden Gophers winning their first nine football games (for the first time in 60 years) to assure them of a great bowl game, 2019 has been good to the Land of 10,000 lakes!

Baseball’s 2019 Wacky World Series – For the first time in professional sports history, the Washington Nationals and Houston Astros’ seven game World Series featured a total of zero wins for the home team.  The odds were less than 0.5% on a seven game series without a home field winner.  The Nationals’ surprising win over the Astros will be remain in the record books for a long time to come!

Andrew Luck retires from the NFL – The former Stanford and Indianapolis Colts quarterback has been injured so many times that he finally called it quits during the preseason of 2019.  The 4-time Pro Bowler (in the years he wasn’t injured) has just turned 30.  He and his wife just announced the birth of their first child – a baby girl – about two weeks ago.  Maybe his “Luck” is starting to turn!

2019 Golf Quiz – Quick, can you name the four men’s tour major championship winners this year?  If you said, “Tiger Woods”, congratulations!  He won The Masters in April.  The others?  Brooks “Mr. Excitement” Koepka won the PGA in its new early season slot in May.  The US Open was captured by Gary “I’m also Quite Boring to watch” Woodland.  The British Open championship was won by Shane “Hey, at least I’m from Ireland!” Lowry.  2019 marked another vanishing trick for golfers Jordan Spieth, Phil Mickelson, and Ricky Fowler.  C’mon guys – we need you back in mix in 2020!

Where’s Waldo (I mean, Antonio Brown)?  Antonio Brown asked for a trade and was sent from the Pittsburgh Steelers to Oakland.  Then, he caused enough angst for the Raiders that he was traded this summer from Oakland to the New England Patriots.  Alas, that’s when his personal problems caught-up to him, and he was cut in New England after only two weeks.  AB is now trying to make yet another comeback before the end of 2019.  I doubt it.  Sure, it’s been a year of mostly self-inflicted bad news concerning Antonio Brown, but he certainly made things interesting for sports observers for much of this year!

The AAF, Arena Football, and the XFL – The new spring football league called the Association of American Football came onto the scene in February and bit the dust less than three months later.  After more reboots than anyone can remember, the 32-year old Arena Football League recently announced that is shutting down operations, too.  Now, Vince McMahon wants to believe that football fans will flock to his new and improved re-boot of the XFL in February, 2020?  Yeah, right! Three thanksgiving turkeys for you!  Gobble, gobble, gobble!

Enjoy your Thanksgiving, and go easy on the dessert!

We’ll start our holiday diets – together – next week!