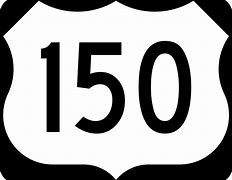 B.  Georgia vs. Georgia Tech

The first college football game was played between Rutgers (the state university of New Jersey) and its arch-rival from twenty miles down the road, Princeton University.  The first game was played on the grounds of the Rutgers campus.

With about 100 interested spectators watching along a fence, Rutgers prevailed by the score of 6-4.

The teams were playing a “ten point game” in which every score counted as a “game” and just one single point.

The initial rules were rugby-like, but the first game invented something called “The Flying Wedge” (No, Sergio Garcia!  It’s not that kind of wedge!).  The person carrying the ball had a V-like group of blockers surrounding him to keep him from being tackled before trying to cross the opponent’s goal line.

During the middle of this unusual new game, the ball rolled near the fence where the students were sitting.  Two of the bigger players ran hard into the fence in order to get the ball, and the impact with the wooden fence sent the students crashing to the ground!

After the successful initial game, the teams shared a meal together and planned next year’s event.  Word spread and other Eastern colleges decided to give this new game a try, too.

You have to wonder what those gentlemen in 1869 would think about their game’s evolution 150 years later!

This weekend, Alabama and LSU will play a college football game in Tuscaloosa with over 100,000 fans paying up to $500 per ticket to watch the event and a possible record of television viewers for CBS on Saturday afternoon.

Times have really changed in 150 years!

ESPN put together a nifty list of the “The Greatest 150 Teams” in college football’s illustrious history.  I reviewed the entire list and found something interesting about many of these teams.

#144 – 1951 San Francisco Dons – The team went 9-0 for the season.  The Orange Bowl in Miami offered them a slot in their bowl game with a “caveat”.  The team was asked to leave their two African American players at home before coming to Florida.  The team refused the bowl bid.  Despite the perfect season, the Dons finished ranked #14 by the AP!

#136 – 1919 Notre Dame Fighting Irish – The 9-0 Irish featured running back, George Gipp.  Yes, the same one as in “Win One for the Gipper”!  Coach Knute Rockne considered Gipp to be the greatest player in Notre Dame History.

#120 – 1942 Grambling University Tigers – Due to World War II, Grambling fielded a team with just 33 players.  They became known as the “UN” team.  Grambling went 8-0 and was undefeated, untied, and unscored upon for the entire football season!

#107 – 1924 Notre Dame – The 10-0 national champions featured the most famous offensive backfield in college football history.  The nickname “The Four Horsemen” was given to the backfield by legendary sportswriter Grantland Rice after the team beat Army.

#96 – 1902 Michigan Wolverines– This legendary 11-0 football team was known as the “Point-a-Minute” squad!  They scored over 100 points twice (beating Michigan State and Iowa) and totaled 644 points in eleven football games.

#67 – 2008 Florida Gators – After an unexpected loss to Ole Miss, the Gators legendary quarterback, Tim Tebow, issued “The Promise”.  He apologized to the assembled media after the game and declared that he will play harder than any other player in the country for remaining games for the rest of the season.  It worked!  Florida won every game after that loss, finished 13-1, and won the BCS National championship.

#60 – 1973 Penn State Nittany Lions – Despite going 12-0 for the season and having a Heisman Trophy winning running back, John Cappelletti, Coach Joe Paterno’s team finished #5 in the final AP poll.  The loud East Coast-based uproar about the final ranking for this Penn State team ultimately led to bowl changes and the playoff system we have in place today.

#45 – 1961 Alabama Crimson Tide – This 11-0 team won legendary coach Paul “Bear” Bryant his first national championship.  This defensive juggernaut surrendered only 25 points (for the entire year) and didn’t allow a touchdown over the last seven games of their season!

#1 – 1971 Nebraska Cornhuskers – During a 13-0 perfect season, Nebraska handed the only loss of the season to the teams which ultimately finished #2 (Oklahoma), #3 (Colorado), and #4 (Alabama) in the year’s final rankings.  That’s the first and only time in 150 seasons that it has occurred in that fashion.

Another interesting tidbit was to read about how much so-called “Game of the Century” college football games have been played during a 150 year history.  Let’s just say that “Game of the Decade” seems much more accurate and appropriate.