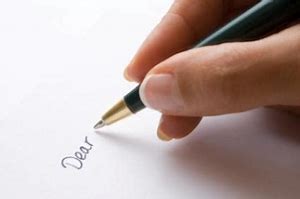 It must be really difficult to be in your position today.  After the state of California recently passed a law allowing college athletes to personally profit from their name, image, and likeness, it appears that a modern-day Pandora’s Box of problems has been unleashed.

For over 100 years, your tax-exempt non-profit organization has regulated athletics for over 1,200 colleges and universities and nearly 500,000 students annually.   With over $1 Billion in annual revenues, your organization really generates a lot of money for a nonprofit!

I understand that about 80% of your annual revenues come from the annual “March Madness” College Basketball tournament.  I guess that putting nearly $800 million in your bank account every year might have raised the eyebrows of some of those young men who are competing in your annual month-long fundraising telethon.

With your beginnings in the early 1900’s as a response to the federal government about the alarming number of injuries and deaths associated with college football, you have a long history of cooperation with the great majority of colleges and universities in developing the rules and competition for most college sports.

For most of your 100 years, your organization appeared to be focused on the students as well as their athletics, right?  According to your television commercials, the vast majority of college men and women students participating in college sports will never turn professional.

I am not aware of very many cross country runners or field hockey players going pro (yet).

To me, it looks like your biggest problem seems to be that pesky television issue.  By allowing television to take root into your sports, those media capitalists have found a way to pass along their costs to unsuspecting home viewers by increasing monthly cable fees (such as ESPN) or by adding an extra half hour of those obscene profit breaks called commercials (such as CBS, for example).

Those television pirates are in hot competition against one another for the right to bring college sports to the masses of interested citizens and widespread alumni of colleges and universities.  Television makes incredibly profitable offers to the biggest regional conferences under your NCAA umbrella.

ESPN’s SEC Network, for example, earns about $5 Billion per year as the Southeastern Conference reportedly splits about half of that pot of gold with the network every year.

Golly, NCAA.  It must be really tough to regulate all of this television money coming into college sports and those big conferences over the past few decades.

I can’t imagine where these college athletes would get the idea that, without them, this multi-billion dollar money spigot could dry up really quickly.

Sure, most of the big conferences return most of that money back to the athletic departments of their universities.

Without that college football and basketball money, most of the other sports programs (like baseball, track and field, golf, tennis, etc.) wouldn’t be able to operate at the same high level as they do now.

Today, the athletes in the biggest money-generating sports are being told that they should be happy knowing that the $30,000 annual scholarship costs of attending “State U.” is a fair trade for the students’ participation in college football or basketball.

Apparently, someone has done the math and determined that most of your name-brand football and basketball schools are currently generating several times the value of those athletic scholarships.

For example, the LSU football program generates a profit of over $50 million annually.  The football profits serve to cover the operating losses of nearly every other sport at the school (including every woman’s sport).

I’m sure that the college football players are proud that they are helping to keep the other athletic programs alive, but the guys might also like a few dollars for a weekly pizza and a trip to the movies, too.

That may be where you goofed-up, NCAA.

These players (especially the basketball players) have become quite aware of how much money they help put into the coffers of their universities and, gulp, even you, NCAA!

California now thinks that individual players now deserve the chance to get paid for their name, image, and likeness being used while they are at the school.

Tim Tebow should know a lot about this.  Tebow’s #15 University of Florida football jersey was (and still is) profitably sold by a number of entities after his years spent as quarterback of the Florida Gators.  I think it’s safe to say that if Tebow had owned the rights, he would have earned hundreds of thousands of dollars (if not millions) from the sale of those jerseys.

This week, Tebow has been catching some flak from the national media (well known for weaving a negative spin on just about any story involving Tebow).  Tebow believes that the new “California” ruling will cause some college student athletes to head down a slippery slope as financially motivated agents (including some parents) attempt to steer students toward colleges where the most money can be made (instead of where the student’s academic and social interests may be a better fit).

Just like me, Tim Tebow said he supports the idea that all college student athletes should be able to access a designated pool of the school’s incremental television revenues as a stipend in order to pay for an occasional meal, entertainment, or retail purchase.

Big-time high school basketball players such as Zion Williamson don’t already know which colleges will best help them get prepared for and noticed by the NBA.

I wonder what might have happened if Zion Williamson had opted to go to a lesser known school such as UNC-Greensboro (which is hardly ever seen on television) instead attending a university like Duke (which had over half of its games on national television last year)?  Would he still have been the NBA’s #1 pick in 2019?

Some of these young athletes and elite college basketball teams are using each other for profit. For the college hoops player, their future market value may be enhanced by choosing a high-profile college while they mark their required one (and done) year of time after high school and wait a chance to enter the NBA draft.

Fortunately, this college basketball one-and-done charade will come to an end beginning in 2022 as the NBA will allow teams to draft high school athletes.

NCAA – I think you might be well served to devise a plan to allow all colleges and universities the right to rebate some of these excess television profits to ALL of the school’s student athletes to enhance their college experiences.

If a college hasn’t done so already, the NCAA should also require all scholarship student athletes to participate in freshman year classes covering money management and other life-skills.

According to reports, over 78% of retired NFL players have filed for bankruptcy or are in financial distress within two years of their professional retirement.

For NBA players, that number is 60% within five years of the end of their brief careers.

If some of the larger (and nearly semi-professional) football and basketball conferences don’t like the rules, maybe they should leave the NCAA and take all of their sports with them. Maybe it is best to let those entities deal with their own future messes.

While you’re at it, NCAA, maybe it’s time to take the truckload of money from your own “March Madness” college basketball tournament and give most of it back to the participating schools, too.

What’s good for the goose, you know?