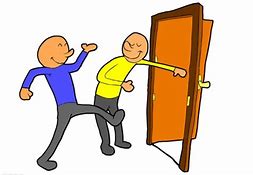 These two World Series baseball teams were so courteous to each other!

Heading into October’s World Series between the Houston Astros and the Washington Nationals, what were the chances that the home team would lose all seven World Series games?

According to one report, there was a 0.47% chance of that home team would fail to win a single game in baseball’s final seven games.

The Washington Nationals are going to address 25 “Thank You” notes to the pitchers and batters in the Houston Astros line-up for being such great hosts on Wednesday night as the Nationals went home with a 6-2 victory and grabbed their first World Series title.

While they’re sending “Thank You” notes, the Nationals might want to include a special one to Houston manager, A. J. Hinch, for generously leaving the Astros’ pitching ace, Gerrit Cole, on the bench in the seventh inning instead of bringing him in to save the win.

In the seventh inning, Houston’s gutty starter Zack Greinke had just given up a solo home run to Houston native and Rice University’s Anthony Rendon, which cut Houston’s lead to a tenuous 2-1.  Greinke then walked the next batter.  After a terrific outing by the 36-year old starting pitcher, Grienke was lifted from the game.

That is the point in Game 7 where A. J. Hinch earned his place on the Houston sports hot seat for years to come.  All-Star pitcher Gerrit Cole, who had just pitched a gem in Washington three days earlier, had told his manager that he could go “up to three innings” in Game 7 if that would help the team win.

Instead, Hinch opted to put reliever Will Harris into the game.  Harris then proceeded to give-up a two-run home run to the Nationals’ slumping designated hitter Howie Kendrick.

In one pitch, the Nationals grabbed a 3-2 lead and never looked back.

Houston’s skipper said that he preferred to save Gerrit Cole for the final inning to nail-down the win.

How about that for Southern hospitality!

The Astros kept their best pitcher on the bench in order to be nice to the visiting team and not hurt the feelings of his own relief pitchers!

The Houston relief pitchers promptly extended their own courtesies to the visitors by serving up run after run in the seventh and eighth innings to hand this year’s Hospitality Series trophy to the visiting Washington Nationals.

Not to be outdone by their manager or relief pitchers, the Houston Astros’ formerly fearsome batting line-up played a role, too.  The Astros scored two early runs to lead 2-0 heading into the seventh inning.  It could have been a much larger lead, though, as the Astros left 10 men on base through the first six innings.

Houston’s first four hitters (George Springer, Jose Altuve, Michael Brantley, and MVP-candidate Alex Bregman) went a collective 2-for-16 in Game 7 as they apparently got the word that it wasn’t nice to blow-out the visiting team in this Hospitality Series.

Washington did their part to reciprocate, too.  After Houston handed the visiting Nationals Game 1 and 2 in Houston, the Nationals proceeded to return the “Good Host” favors by losing all three games last weekend in their own ballpark.

Washington fans had waited 86 years to see a World Series game in their home city, and the Nationals lost all three games!

With such a magnanimous gesture of courtesy, the Astros probably felt obligated to respond in kind during the final two games in Houston this week.

The Washington Nationals played Game 7 like they knew this might be their only chance to win a World Series ring.  You have to feel good for long-time Nationals first baseman, Ryan Zimmerman.  He was the first draft pick of the Nationals in their initial season in DC after the team once known as the Montreal Expos came to the nation’s capital back in 2005.

Ironically, the Houston Rockets basketball team was in Washington DC last night to play a game against the home Washington Wizards.  Just like the two baseball teams, the hometown Wizards laid down the welcome mat for the Rockets and lost by the incredible score of 159-158.

Apparently, both basketball teams’ defenses took the night off the watch the baseball game in Houston!  The 159 points scored by the Rockets was a team record.  How about that for hospitality in Washington!

These two cities really know how to treat each other, don’t they?

Now, if we could just get the Democrats and Republicans in Congress to show each other the same courtesies…