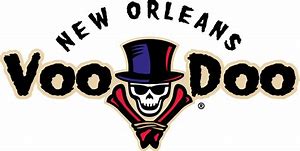 2019 has been a bad year for non-NFL professional football leagues.

Earlier this year, the Association of American Football (AAF) began operations in February and then abruptly ended after playing just eight weeks.  They were losing significantly more money than the league had budgeted.

Today, the 22-year old Arena Football League announced that it was ceasing operations for the remaining six franchises.   The league’s statement included the following reasons:

“These closures have resulted in the elimination of various staff positions, and is a direct consequence of the current financial constraints facing the AFL, which include extensive legacy liabilities and a recent multimillion-dollar litigation filed against the League by an insurance carrier that provided coverage for the AFL between 2009 and 2012. Those liabilities, which are all related to prior League operations, severely constrain the League’s ability to expand and operate.”

Translated – they are broke.  The league can no longer cover its costs of operations.

After being a nationwide operation for most of its 22 years, the Arena Football League had contracted to six teams in the northeastern United States in 2019.    This year, the Albany Empire, Atlantic City Blackjacks, Baltimore Brigade, Columbus Destroyers, Philadelphia Soul, and Washington Valor will be remembered as the final teams to play in the league.

Arena football was born in 1987 to give football players a chance to continue playing after college and a chance to be noticed by the NFL.  The teams play in basketball and hockey arenas on a field that is about ¼ the size of a traditional football field.   Arena football featured high scoring games with a much faster pace than the NFL.

In the beginning, the Arena Football League had a nationwide footprint and a television contract with broadcasters including ESPN.   The Tampa Bay Storm and the Arizona Rattlers franchises each won five Arena League titles and are considered among the league’s biggest success stories.

In addition to bringing legendary Arena quarterback Kurt Warner to the NFL’s then-St. Louis Cardinals and leading them to an NFL title, the vast majority of Arena Football League players never made the next step-up.

There have been some big names as owners of now-defunct Arena Football League teams.  Dallas Cowboys boss Jerry Jones also owned the Dallas Desperados of the Arena League in the 2000’s.  Saints owner Tom Benson operated the New Orleans Voodoo.   Motley Crue vocalist Vince Neil was an owner of the defunct Jacksonville Sharks.

The Miami Hooters operated from 1993-1995 in a joint marketing arrangement with the restaurant chain.

The Texas Terror (1996) became the Houston ThunderBears for the next five seasons.

Dallas had the Texans (1993), Desperados (2000’s), and the Vigilantes (2011).   Other cities with three franchises over the years were Los Angeles (Cobras, Avengers, and Kiss) and Chicago (Politicians, Bruisers, and Rush).

See you later Minnesota Fighting Pike (1996), the Oklahoma City Yard Dawgz and Bossier-Shreveport BattleWings (both in 2010), and the Maryland Commandos (1989).

With today’s announcement suspending business operations, the Arena Football League now becomes yet another fond memory for football fans in 85 cities around the country to tell their kids and grandchildren about.