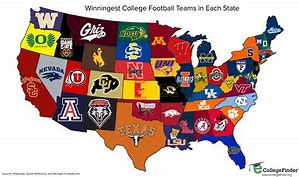 Depending on which poll you are following (the Associated Press, the USA Today/Coaches poll, or our very own SwampSwami.com Top 25), there are three different #1 teams in college football this week.

The Associated Press elevated the LSU Tigers to the #1 position this week.  The Bayou Bengals have certainly earned the lofty consideration.  After downing Auburn on Saturday, the Tigers have defeated three teams in the AP Top 10 rankings this season (Texas, Florida, and Auburn).

The USA Today/Coaches Poll has Alabama as their #1 team this week.  Bama has run roughshod over every opponent this season, but the Crimson Tide’s best win has come over 5-3 Texas A&M.  Other than the Aggies, none of Alabama’s other seven opponents currently sports a winning record.

The USA Today/Coaches poll has a top four comprised of Alabama, LSU, Clemson, and Ohio State.

Before I bring you the SwampSwami.com #1 team for this week, let’s briefly discuss Ohio State.  This steamroller of the Big Ten Conference has beaten every opponent by more than 20 points per game.  The 8-0 Buckeyes handed 7-1 Cincinnati a 42-0 thrashing in week 2 and just clobbered 6-2 Wisconsin 38-7 on Saturday.

Penn State and a trip to Michigan come in the final two weeks of the season for Ohio State.  Are they for real?  We’ll find out soon.

That brings us to my SwampSwami.com College Football Top 25 rankings this week.

Let’s cover how my rankings are done.  We start the season with the final AP poll from the previous season.   That just seems fair to me.  Once one of last season’s Top 25 teams lose their first game this year, they are dropped back into the “pool” of one-loss schools.  From there, the team’s ranking is based on their “best” victory of the new season.  A win over a 7-1 team trumps your best win over a 5-3 squad (Pay attention, Alabama!).

As of the week ending Saturday, October 26, there are only nine undefeated teams remaining out of the 130 FBS large division college football schools.  If a team hasn’t lost a game this season, I believe they should be ranked higher than ANY university which has lost game this season.

My poll doesn’t care about how many points a team blasts their homecoming opponent.  It is simply based on wins and losses.  If you lose, you better hope that your squad has beaten a good team in 2019.  Otherwise, you will sink among that group with the same record.

We also welcome 6-2 Kansas State back into our Top 25 this week (at #24) after they dropped 7-1 Oklahoma from the elite unbeatens.  The Sooners dropped from #4 last week to #16 this week.  To have a chance at the college football playoffs, OU will need to win its remaining games and then hope for a few others to fall from the ranks of the unbeatens.

In addition to the nine remaining undefeated teams, there are now just 13 schools with one loss for the season.  That means that we are now considering the remaining 13 two-loss teams this week.   Auburn, Kansas State, and Wisconsin round out this week’s top 25, but I am revealing the remainder of the two-loss teams.  Notice that they are ranked according to their “best win” in 2019.

There are a large number of top-ranked teams taking this week off (LSU, Alabama, Ohio State, Penn State, and Minnesota among them).  They can breathe easy knowing that at least ONE poll (this one, of course) is not determined by a weekly beauty contest!

Without further ado, below is our SwampSwami.com College Football Top 25 for the week ending Saturday, October 26, 2019: