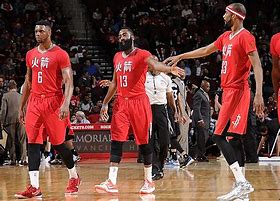 The NBA has a knack for keeping themselves in the sports news for nearly twelve months per year the past decade.

Usually, it’s the surprising trade of one major player to another team or a significant free agent leaving his prior team for more money and fame in another market.

Over the past few weeks, the NBA has managed to get themselves back into the national spotlight for some odd reasons.

After Houston Rockets General Manager Daryl Morey took to social media two weeks ago to send a brief Tweet (“fight for freedom, stand with Hong Kong”) in support of the people of Hong Kong, he apparently failed to remember that:

The Houston Rockets were the team which brought 7’6” Chinese mega basketball star Yao Ming into the NBA’s Houston Rockets in 2002. The 1.4 billion people of China immediately became fans of the Rockets.

Even after Yao Ming retired in 2011, the Houston Rockets have remained the favorite NBA team in China.

The Rockets have a number of long-term sponsorships with Chinese companies, and the NBA sells a lot of Rockets’ merchandise inside the country of China.  The Rockets have regularly worn a special Chinese version of their jersey during the regular NBA season.

The mutual affection may be ending soon.

To me, the Chinese overreacted to the initial tweet, but that is their prerogative.

The NBA (both management and players) has endlessly backpedaled with a series of apologies and attempts to make things smooth over.

As this plays out, the people of Hong Kong have enjoyed seeing China’s reaction and hope that more freedom-loving people in the United States and around the world will take time to understand their current plight.

After the NBA players with the Los Angeles Lakers and Brooklyn Nets were advised to stay quiet with the media during their stay in China (to avoid further friction and, perhaps, to insure their safe travel back to the US), it didn’t take long for the proverbial band-aid to get ripped off upon their stateside return.

LeBron James just stepped into it.

As LeBron was one of the Lakers players in China when this issue began, he is also very opinionated – especially when it comes to his money.  You see, LeBron James has a movie coming out next year (Space Jam 2) in which he probably figured that a great deal of profits would come from the overseas market – including China.

His personal wealth probably took a hit from this situation if China refuses to allow the movie to be distributed or if unhappy Chinese NBA fans choose not to buy tickets.

So, LeBron stated that the Houston Rockets GM was “misinformed”.

That’s odd, because Morey is a graduate of Chicago’s Northwestern University (computer science and statistics) and later received an MBA from M.I.T. in Boston. LeBron James is a high school graduate (albeit a very wealthy high school graduate), but his comments were off base.

Yet again, we see another set of self-inflicted wounds from the use of social media.

There are consequences for your actions.  I suspect that the Houston Rockets GM has learned quite a lesson, and it could result in his dismissal at some point.

On the other hand, the use of Twitter is prohibited by the Chinese government.  In China, you do not have many of the freedoms that we currently enjoy in the United States.

But the government-dominated Chinese people DO have money. Lots of it!

The NBA is no newcomer to China.  The NBA’s own website shows that the league has been coming to China for exhibition games since 2004 with 17 NBA teams appearing during that time.

The Chinese people have grown to love the NBA and its talented players.  By virtue of cultivating delicate long-term relationships with the Chinese government, the NBA profitably sells television rights in China as well as millions of dollars of merchandise.

It is obviously a fragile relationship when a seven word comment made by a single person on Twitter may potentially have a long-lasting effect.

But, let’s face it.  It is only a monetary effect.

If China cuts ties with the NBA, then their people will not see the best basketball players in the world on a regular basis.  Good luck with those protests back in China.

Meanwhile, the NBA will see less revenue coming in from China, and some of the NBA’s players will take a financial hit (right, LeBron?) from such a change.

Though this situation had a political genesis, the long-term ramifications are mostly about money.

Your teams should still be able to make payroll this year.   As for some of the NBA’s players, maybe they should consider taking their talents to China if the price is right.

Hmm.  Maybe this could be a win-win, after all?