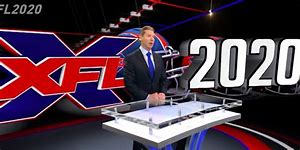 Teams in the XFL (version 2.0) will draft players on Tuesday and Wednesday for the new eight-team league.  The new XFL (not to be confused with the league which started and folded back in 2001) will begin play in February, 2020 on the week after the NFL’s Super Bowl finale.

Didn’t we just see something like this earlier this year?

Why, yes you did!  In 2019, we saw the rise and fall of another start-up professional football league, the Alliance of American Football (AAF).  The league was underfunded and, with massive financial losses piling up, didn’t even finish the ten-game regular season before folding this season.

The new XFL (owned by WWE wrestling chairman, Vince McMahon) seems to have enough funding to cover significant financial losses expected this season.  Vinnie Mac has sold a lot of his WWE common stock and plans to fund the league with up to $500 million of his personal capital.

In a swerve from the AAF’s mix of large and middle market locations, McMahon’s XFL is going to begin play with eight franchises in many of the largest television markets in the country.  Teams will play in New York (Guardians), Los Angeles (Wildcats), Houston (Roughnecks), Dallas (Renegades), Washington (DC Defenders), Tampa Bay (Vipers), Seattle (Dragons), and St. Louis (BattleHawks).

With the failure of the AAF in 2019 and teams struggling to draw even 15,000 fans per game at an average ticket price of only $20 per game, doesn’t Vince McMahon know that he is going to lose a lot of money soon?

Yes, he does, but Vince McMahon may just have a bigger plan.

Your SwampSwami has a hunch about what McMahon’s plan might really be all about.

With the exception of the American Football League (AFL) in the 1960’s, every upstart professional league has failed to take a cut out of the massive profits of the NFL.  Most recently, the USFL tried to take their 1980’s spring football league to the fall and compete with the NFL.

It was an epic and expensive crash and burn.

Nearly 30 years later, 2019’s start-up AAF seemed to be operating with a goal that, at some point, they could become the official development league for the NFL and receive the additional funding needed to survive and grow.

Folding after eight games, it didn’t work out very well.

Maybe, just maybe, the new and well-funded XFL 2020 will be able to do things “right” and work out a niche feeder league for players to move into the NFL?  Perhaps.

That sounds like another recipe for disaster.  What if that’s not really what the XFL has in mind for the long term?

Here’s my theory.  Why would anyone want to be dependent upon the Big Bad NFL to come to the rescue with financial support?  Instead, why not just try to carve out your own piece of America’s huge football revenue pie by going helmet-to-helmet for talent against the poorly-managed cash flow giant named the NCAA?

Yes, I think the XFL’s long-term goal is to take talented football players away from the NCAA’s talent pool and eventually compete with college football for some of those players (along with ratings and advertising dollars) on Saturdays in the fall in a year or two.

Beginning in February, 2020, the new XFL will pay all football players an average salary of about $55,000 per year.  In an odd twist, the new league is saying that it will allow teams to pay their quarterback up to $495,000 per year.  (I wonder how happy that will make the offensive linemen blocking for those quarterbacks!)

Here’s where I see opportunity for the XFL to compete against the NCAA.  Unlike the NFL, the XFL states that it will NOT require football players to be three years removed from high school to play-for-pay.

That means that: (a) a high school football stud lacking the grades to immediately play in college or (b) a college player with one or two years of experience who is ready for a change of scenery could walk away from college football and sign with the XFL.  They would be paid a fair “training” wage until the player becomes eligible to try to earn a shot to play in the NFL.

The XFL rules will allow all of the league’s football players the opportunity to leave for the NFL at the end of each season (assuming the NFL has a reciprocal interest).

Can’t you hear it now?

“Calling all graduating high school and college players!  Come to the new XFL and get paid to play football on national television”!

Think about all of the problems which basketball has experienced with the so-called “One and done” rule with the NBA.  At least for a few more years, the NBA requires that of the league’s basketball players be one year removed from high school before they may become eligible to play professionally.

For college football players, though, they are currently playing with the equivalent of “Three and done”.  I see those three years as the XFL’s calling card to earn a long-term niche for players in the professional football spectrum.

With the XFL paying non-NFL football players enough to earn a fair living (without the need to attend college), I don’t expect it will take long for the upstart XFL to start poaching a small percentage of the existing college football talent pool.

Why should a player sit on the football bench at “insert your major university” when you can leave and get paid to play football in the XFL?  Given the number of athletes who struggle with college academics, I could see the XFL luring a large number of high school recruits or unhappy college freshmen/sophomores desiring a chance to play for pay.

In time, I could also envision the XFL moving their football games to Saturday nights during the fall to compete directly with NCAA football games for a share of the millions of dollars of prime-time television rights and advertising revenue during football season.

Vince McMahon has built a wrestling empire by shrewdly maneuvering to follow the money.  If the NFL is simply too big to bring down, perhaps his new XFL football league will be able to tackle the bumbling NCAA and carve out a profitable new niche all to himself.