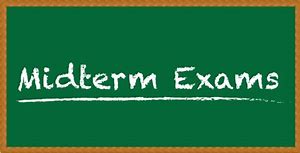 At the halfway point in the college football season, there are only 12 unbeaten teams remaining (less than 10%) out of the 130 FBS large division schools in the SwampSwami College Football Top 25.

This week, we will review the entire 130 team field to allow you to see how your favorite team(s) are ranked after conclusion of play on Saturday, October 12. Before we review the teams, let’s have a quick review of how I determine the rankings for the college football teams.

Congratulations to our newest additions to this week’s Top 25!  Teams entering the upper echelon are:

#16 Temple – The Owls ended the unbeaten season for the Memphis Tigers on Saturday.  By virtue of Temple’s “best win” coming over a 5-1 team, the Owls are in the thick of the race to win the American Conference.

#18 Notre Dame – The Fighting Irish have lagged in our poll due to the lack of a signature win.  With 4-2 Louisville’s upset of previously unbeaten Wake Forest, 5-1 Notre Dame’s rank was enhanced and the Fighting Irish enter our top group beginning this week.

#20 Navy – The Midshipmen are now 4-1 this season after clobbering Tulsa’s Golden Hurricane 45-17 this weekend.  Navy owns a win over 4-2 Air Force earlier this season.

#22 Michigan – The overhyped 5-1 Michigan Wolverines are finally starting to show signs of life.  Michigan’s best win is a narrow 10-3 win over the 4-2 Iowa Hawkeyes in Ann Arbor.

#23 San Diego State – The 5-1 Aztecs knocked-off previously ranked Wyoming by a 26-22 count on Saturday to move into this week’s Top 25 poll for the first time.

#25 Utah – The Pac-12 Utes are a nifty 5-1 on the season, but their signature win this season is beating a 3-3 Washington State team.  With their remaining schedule, the Utes can keep climbing in my poll as long as they keep winning!

Now let’s reveal SwampSwami’s current rankings through October 12 for all of the remaining teams in the 130-team FBS major college grouping: