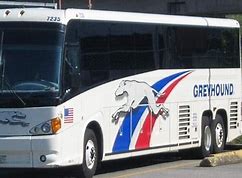 In the past few weeks, football players from both the NFL and college ranks are telling their teammates that they want out!

It depends on the individual.  For example, Antonio Brown wanted out of Pittsburgh last season.  He whined about it enough that the Steelers sent him packing to Oakland.

Oh no, not Oakland!  So Antonio Brown becomes a colossal pain to his new team in Oakland over the summer and complains incessantly about the NFL’s new helmet and his accidentally cryogenically burned feet.  And, just like in Pittsburgh, Brown was able to get a release from the Raiders and signed with the New England Patriots a few weeks ago.

He’s gone again.  This time, though, it’s due to a myriad of legal issues and allegations.

But don’t worry, I guarantee you that, despite what he says now, Antonio Brown will be back for another encore performance soon enough.

Then there’s the case of Minkah Fitzpatrick – a defensive back for the Miami Dolphins.  A few weeks ago, the former Alabama first round pick apparently didn’t like playing for a team which very well could go 0-16 this season.  So, like Antonio Brown, he let the world know, “I WANT OUT!”

And, like Brown, it worked!   He is now a member of the Carolina Panthers.  By the way, the Panthers are only 1-2 after the first three games of the season, but that’s beside the point.

Just over a week ago, Jacksonville Jaguars defensive back Jalen Ramsey erupted along the sidelines and got into a shouting match with his head coach during a game in Houston.  Afterwards, the former first round pick loudly demanded a trade out of Jacksonville.  As of this Monday, Ramsey has now declared himself “sick” and won’t be practicing with his team this week.  How convenient?

Not to be outdone, today’s news brings a story about two college football players for the University of Houston.  After the Cougars have stumbled out of the gate with a 1-3 start (including an embarrassing last second loss to Tulane last weekend), the Senior (yes, you read that right) three-year starting quarterback and his favorite wide receiver target are both asking the U of H to grant them a special “redshirt” for their senior season so that they can both bail-out on the team RIGHT NOW.

If you believe the two players (cough, cough), they have publicly stated that they plan to come back and use for their final season of football eligibility for the Houston Cougars next fall.

Why would they want to do this?

On the surface, the two players believe that their chances of playing professional football have been hurt by the team’s lousy performance on the field so far this season.

On the other hand, though, both this quarterback and his favorite wide receiver have both been seeing significant time on the playing field during the U of H’s streak of early setbacks in 2019.

Could this have anything to do with this year’s arrival of Houston’s new head coach, Dana Halgorsen?  Maybe so.  We’ll find out soon enough if one or both of these players decides to bolt for another program soon.

In summary, it looks like both the NFL and college football are now allowing a growing list of whining petulant prima-donna players the right to bail-out of sinking ships and leave their teammates behind when the going gets tough.

In the case of the two players at the University of Houston, they were front and center in creating the 1-3 start which their teammates are now being left to deal with.

If you were a teammate of these two gentlemen, would YOU welcome them back with open arms next fall after they bailed out on you following a 1-3 start this season?

Not me, but it looks more and more like some football players are, indeed, trying to find a way to add the letter “I” to the word “Team”.

All of these shenanigans remind me of a vintage 1970’s song which seems quite appropriate in discussing the creative ways that some players are leaving behind their teammates.

“Just hop on the bus, Gus. You don’t need to discuss much. Just drop off the key, Lee, and get yourself free!”