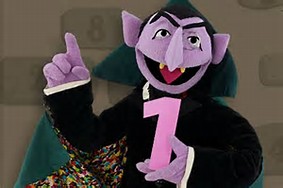 We are now three weeks into the 2019 college football season.  With a few of the “exhibition” games out of the way for most of the large universities, the top college football teams are now starting to emerge.

Though the traditional media polls are swayed to favor the traditional names of college football, the SwampSwami Top 25 doesn’t buy into that.  However, just to make it fair, here is how we determine how every team is ranked:

There are currently 35 out of the 130 FBS large division universities who remain unbeaten after Week #3 competing for my top 25 slots.

Teams #1 (Clemson) through 14 (Iowa) in the initial 2019 SwampSwami Top 25 are currently unbeaten and represent teams whose schools were ranked in last season’s final AP Top 25 poll.

The next 10 teams to round-out the first week’s Top 25 poll have all defeated an opponent which is 2-1 on the new season.   The placement order of that group of teams was determined by the size of their victory over that quality opponent.

Just for fun, I am revealing the rankings for all 130 major college (FBS) teams in my first weekly poll.  Alas, there are eight large schools that are still winless.  I have ranked the final group of teams by their most competitive loss.

Though the University of Massachusetts is currently our worst team at #130, there’s no place to go but up, Minutemen!

Without further ado, below are the initial SwampSwami College Football rankings for the 2019 season for games played through Saturday, September 14, 2019: