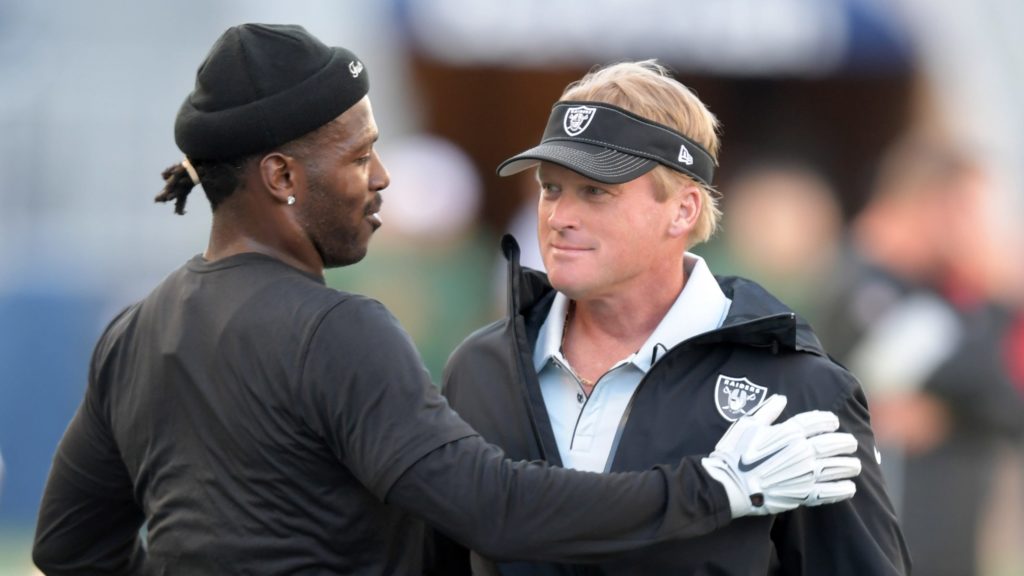 From Pittsburgh to Oakland to New England in less than one year. Wide receiver Antonio Brown has burned his bridges in both Pittsburgh and Oakland. After the Raiders finally said “ENOUGH!” on Saturday and released Brown, he and his agent quickly negotiated a new deal to join the defending Super Bowl champions, New England Patriots.

I am convinced that Antonio Brown and his agent knew exactly what they were doing all along. If not, why would Brown keep a personal film crew in tow to capture every bit of the past week’s self-created content and drama?

If you don’t think this was premeditated, the Great Pumpkin is coming to visit you and Linus again in less than two months!

Don’t be surprised if/when this saga backfires (again) on Antonio Brown, though. Most of us NFL fans doubt that he will be able to avoid making himself into the center of attention – again.

Give it a little time. Tick-tick-tick.

The good news for Raiders and Steelers fans is that Antonio Brown’s shtick won’t fly very long in New England.

Most of America has tired of all the emotional roller coaster that Brown has caused for his teammates, coaches, and NFL fans in both Oakland and Pittsburgh. Both organizations deserved better, but they also won’t have to deal with this diva any longer.

This story is far from over. I figure that Oakland will file tampering charges with the NFL to, at the very least, recapture one or more draft picks for their trouble. My personal “over/under” says that Antonio Brown will not emerge as the ultimate winner by the end of this NFL season.

Karma has a way of coming back to get you.

So, let’s end today’s post with a little humor. Check out my podcast. Click on the link above to enjoy my parody of a 1959 Coasters’ rock-n-roll classic.