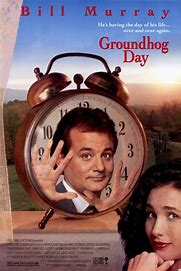 The National Football League’s first week of football is now in the books.  Fortunately for all, the initial weekend of the season was mostly about the games and not about the pregame sidelines antics.

There were a few positive surprises in Week 1.  The New York Jets won their game 48-17 against Detroit’s Matthew “Poppin’ Fresh” Stafford and The Four Turnovers.  I’m not ready to jump on the Sam Darnold bandwagon just yet, but the J-E-T-S fans deserve a season opening cheer for a change.

Ditto for the Baltimore Ravens as they absolutely demolished the Buffalo Bills 47-3 on Sunday.  Though I’m not a believer in the Ravens just yet either, Buffalo should stock-up on brown paper bags for the fans who attend home games this season.  The Bills’ offense featured a total of 98 yards passing and 86 rushing yards.  With this Sunday’s home opener in Buffalo, the Bills may want to serve a Five Hour energy drink to the team before the game and give freebies to the fans who stay for the second half before they start falling asleep.

Looking around the league, not much has changed for some teams since the end of last year.

The New Orleans Saints still have a terrific offense featuring ageless quarterback Drew Brees and elusive running back Alvin Kamara.  When you score 40 points in a game played in your home stadium, I would think you should win 99% of the time.  Unless you have the Saints’ “Bless you, Boys” holey defense, that is.  The Popes seen in attendance at the Superdome Sunday might be better at covering-up dirty little secrets than the Saints’ defensive backs were at covering receivers as Tampa Bay outscored New Orleans, 48-40.  Sean Payton’s teams are always great on offense and, at best, marginal on defense.  Same ol’ same ol’.

Then there are the Houston Texans and New England Patriots.  Coach Bill O’Brien’s sleepy Texanzzzz offense continue to waste a fabulous young quarterback and talented wide receiver as the offensive play calling in Houston is truly offensive.  Atrocious.  This stale and tepid offense has stunk every year since O’Brien was handed the keys in Houston.  Could someone tell me why did this man receive a four-year contract extension after going 4-12 last season?

Meanwhile, the Patriots won the game 27-20 in a final score that wasn’t as close as it seemed.  Tom Brady is 41 years young and throws touchdown passes to unheralded players such as Colts’ cast-off wide receiver, Phillip Dorsett (not related to Tony Dorsett).  The Patriots are a machine on offense and defense with a coach who never seems to flinch.  He just wins.

On the flip side, there are the Cleveland Browns.  Lovable losers of 17 straight games before Sunday, the Brownies thrilled the home faithful with a fourth quarter rally to take the sleep-walking Pittsburgh Steelers into overtime at 21 points apiece.  And, in true Browns fashion, the home team dashed the hopes of the faithful Dawg Pound by missing a game winning field goal on the last play of overtime. Only a die-hard Browns fan would be happy ending the losing streak – with a tie.

As for Steelers fans, it’s time to find another coach.  I am convinced that Mike Tomlin may, indeed, be just be a statue who is planted on the sidelines for every game.  Captain Clueless seems to be satisfied with another under-performing Pittsburgh team that is loaded with talent again this season.  Hello, Bill Cowher?

Finally, there is quarterback Aaron Rodgers and the Green Bay Packers.  When Rodgers went down with a leg injury Sunday night against the Chicago Bears and the 2018 Monster$ of the Midway defense led by newly acquired Khalil Mack, it looked like all was lost as Chicago led 17-0 at the half.  As Aaron Rodgers limped out on the field in the third quarter to the thunderous roar of Packers fans, you just knew that he would find a way to zip and lob passes down the field to make it a game.  The Pack came back and da’feated da’ Bears 24-23 in a terrific opener for NBC’s Sunday Night Football.  Bears fans have seen it before.

Though a few things may have changed since last season, the NFL’s opening weekend seemed more like the movie Groundhog Day again as certain NFL teams, players, and coaches have become just as predictable as Bill Murray’s alarm clock.