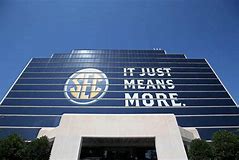 The drought is over!  This Labor Day weekend marked the end of that lengthy seven-month wait after we had to put college football back into the toy closet back in January.  Happy day…it’s ba-a-a-ck!

Week one brought us the expected blowouts from the schools who opted for cupcakes to open the season.  The real fun, though, was watching a few intriguing match-ups between historic powerhouses to help fans to usher in the 2018 college football season.

The Associated Press released the first “real” football poll of the season today.  There was no surprise that Alabama was #1, but they were joined by six other Southeastern Conference teams in the Top 25.  That means that (according to the Associated Press) a whopping 28% of the top tier programs were from the “SEC! SEC!! SEC!!!”

The conference went 13-1 in the opening weekend with only Rocky Top Tennessee losing their opening game against #14 West Virginia.

Let’s examine each of the ranked SEC teams and see how they fared:

Alabama – the #1 team thoroughly destroyed Louisville of the ACC, 51-14.  The quarterback controversy in Tuscaloosa is over as long as Tua Tagovailoa is upright.  His leadership and passing ability in the national championship game carried over into this year’s first game.  Bama is loaded (again) as head coach Nick Saban now loathes ESPN microphones perhaps more than most of his upcoming opponents.

Georgia – #3.  Last year’s national runner-up team to Alabama warmed up on Austin Peay by a 45-0 final score.  When the Governors of AP saw the size of the Georgia football team in pregame warm-ups, the fans’ chants of “Let’s go, Peay!” may have been quite accurate!

Auburn – #7.  Aubie played a rugged and top tier University of Washington team and won 21-16.  Auburn’s defense, like Bama, will keep them in most games this season.  This ranking is justified (after one week).

LSU – #11.  The Tigers moved up from #25 (according to the AP, remember) by making the #8 Miami Hurricanes look more like a whirlwind.  LSU is better than #25, but even ol’ SwampSwami thinks LSU’s 14-point leap is a bit overzealous after just one game.  LSU’s quarterback (Joe Burrow) was poised and made some very good decisions.  Add to the mix a solid field goal kicker (4-for-4 on the night), and Tiger fans are feeling positive (at least for two weeks until their game at Auburn).

Mississippi State – #18.  The MSU cow bells are still ringing in the ears of their Southland Conference opening day opponent, Stephen F. Austin, after a 63-6 scrimmage-called-a-game.  Like Auburn and LSU, the Bulldogs are one of the few teams capable of ruining a perfect season for Alabama.

South Carolina – #24.  The Gamecocks drowned Coastal Carolina 49-15.  Carolina steps up to the plate this weekend and hosts #3 Georgia.  That should be a dandy!

Florida – #25.  Former Mississippi State head coach, Dan Mullen, is now in charge in Gainesville, and the enthusiasm is returning to the Swamp.  Wally Gator took a 53-6 chomp out of Charleston Southern in the first outing of the season for Florida.

I am giving a SwampSwami honorable mention to the Ole Miss Rebels/LandSharks for their impressive 47-27 win versus Texas Tech.  After all of the troubles in Oxford the past year, it looks like Ole Miss is playing with a chip on their shoulder pads.

The second annual SwampSwami Top 25 shall return after the fourth weekend of the season as the real games begin.  Stay tuned!