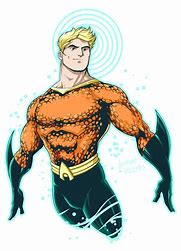 That also means that we’re inching ever closer to the end of this relentless summer heat here in the Southern swamps.

It’s a time when we can put aside a tough week at the office and watch these gifted young athletes compete on the gridiron for their school and, perhaps, to impress some NFL coaches, too.

It means the Saturday morning staple which is known as ESPN’s College Football Gameday is now upon us.  We will, hopefully, see our beloved Coach Lee Corso don the headgear of what he believes will be the winning football team in the feature match-up of the day.

College football means hope.  A new coach in Nebraska named Scott Frost gives Husker Nation the spark that their former quarterback can bring the magic back to Lincoln as he did with Central Florida last season.

College football means opening day routs for some teams, and tough match-ups for others.  Notre Dame will host Michigan.  Auburn and the University of Washington will tangle.  Bama will host Louisville.

And LSU will grapple with the University of Miami on Sunday night from JerryWorld near Dallas on ABC.

Miami’s football fortunes have been resurrected under former Georgia head coach, Mark Richt.  The Hurricanes are ranked by some as a top 10 team (preseason polls mean nothing sayeth the SwampSwami) while LSU (perennially ranked in the top 15 but, recently, has failed to live-up to the early hype) comes in at #25 according to the Associated Press.

Miami will don a secret weapon in Dallas on Sunday night.  The Canes will be wearing “the first-ever football uniforms featuring repurposed and upcycled materials.”

The U-niforms are made from transformed fishing nets and other plastic wastes intercepted in marine environments.   Designed with help from a nonprofit organization that claims to address major threats towards our oceans, the U’s Uni will be auctioned off after the game to benefit the university’s Marine and Atmospheric Science school.

Will this plastic uniform make the Canes slipperier to tackle in the open field?  Will the Miami quarterback suddenly gain Aquaman-like telepathic powers to know when the Tigers are going to bring the blitz?

Or will these recycled ocean plastic uniforms start to smell like Charley the Tuna’s tin can by halftime?