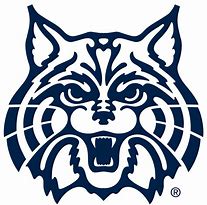 While filling out my NCAA basketball brackets (all for fun, of course), I noticed a rather significant trend in this year’s contestants.

Thirteen of the 64 teams in this year’s March Madness field are cats!  That is over 20% of the litter box (I mean, field).

If you are the #1 overall seed Virginia, your bracket is filled with a whole sack of crazy cats trying to claw your eyes out on your way to a national title.  Wahoos, beware!  The Kansas State/Kentucky/Davidson/Arizona Wildcats could be coming in your first three games and will be trying to rip you to shreds.

If Virginia can dodge all of the hairballs from the opening weekend, there are two more Cat Daddy’s in the lower half of the South bracket waiting to pounce.  The Cincinnati Bearkats and Georgia State Panthers are sharpening their claws for a chance to take down the tournament’s top seed.  Assuming Virginia makes it all the way to the Final Four, they might be looking at the Villanova Wildcats (of course).

Oh, yeah!  Don’t forget the West bracket’s Houston Cougars, Missouri Tigers, and Montana Bobcats.  Or the Midwest’s Clemson and Auburn Tigers and College of Charleston Cougars are making their own claim on the National Championship Catnip prize!

Doggone it, but there just aren’t a lot of canines in this year’s field.  The University of Maryland-Baltimore County Retrievers, the Butler and Gonzaga Bulldogs and the Wolfpack cousins from North Carolina State and Nevada will no doubt give chase to all of the felines in the field, but they are vastly outnumbered.  We will have to see if SEC pals Smokey the Volunteer from Tennessee and Reveille the Collie from Texas A&M will join the hunt to take a bite out of this feral field.

It’s going to be a great tournament for college nicknames.  We will have Jackrabbits (South Dakota State), Friars (Providence) Musketeers (Xavier), Titans (Cal State-Fullerton), Quakers (Penn), Horned Frogs (TCU), and the Gaels (Irish/Gaelic heritage) of Iona among others.

But remember to keep Tabby on the herd of cats in this year’s tourney.  It could be downright Cat-astrophic if at least one of these mousers doesn’t scratch their way into the 2018 Final Four.  To become the NCAA champs, some team will have to be Purr-fect!