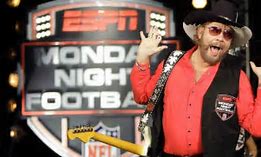 While most of us are focusing on our NCAA March Madness picks or watching to see if we can get a Tiger Woods vs. Phil Mickelson duel in The Masters in a few weeks, ESPN is digging out from under yet another set of self-inflicted blunders.

Just in the last month or so, the fast-falling sports giant has lost its president (John Skipper – who resigned to seek treatment for substance abuse).  He had been with the network since 1997 and as president since 2012.  Under his leadership, ESPN has gone from Disney’s darling (a reliable cash cow) to a source of great financial concern as cable systems have been dumping ESPN’s high priced offerings in droves over the past several years.

ESPN’s on-camera product has been suffering as well.  As of last Friday, the network has lost both sides of their nightly 6PM spotlight sports program.  First, the controversial female lead, Jamelle Hill, was sent to the bench after alienating many sports viewers for her political opinions during a sports-themed show.  Last week, her former co-anchor Michael Smith asked to be reassigned, too.  Based on the ratings of their show, it is doubtful that many viewers will miss them.

Can it get worse for ESPN?  The past few weeks, you may have heard the rumblings that the network’s NFL Monday Night Football broadcast was seeking to fill the analyst shoes of former NFL head coach, Jon Gruden, with another football legend.  Word has it that ESPN dangled $10 million/year under the nose of legendary quarterback Peyton Manning to come on-board to spend a few months per year of providing color commentary and analysis for the network.

Today, the reports are that Manning has rejected the ESPN offer and is still contemplating other options (including rival Fox Sports).  There is no doubt that Peyton Manning would have attracted a number of curious fans upon his debut into the broadcasting booth.  On the other hand, it was also quite a risky move for Disney’s ESPN brand as, heretofore, Manning’s most famous broadcast phrases have included, “Omaha, Omaha” and “Nationwide is on your side”.

In what may be the best move that ESPN has made recently, the current play-by-play man for Monday Night Football, Sean McDonough, has been sent to the bench and reassigned to college football coverage.  I found the skills of McDonough to be a poor fit in such a high profile job.  Though his primary responsibility was to be the set-up man for Jon Gruden’s antics, McDonough’s lack of enthusiasm in the booth made for a boring product when the game itself was lacking.  The loss of the talented Mike Tirico from the ESPN play-by-play chair on Monday Night Football in 2015 as he bolted to NBC has proven to be another significant loss of talent.

Dear ESPN – I have a great idea which you can have for free.  Pick your choice of a new play-by-play person for Monday Night Football and then announce a competition for the job of analyst by rotating a group of guest co-hosts for the upcoming NFL season.  Tell fans that they will help to choose their top three analysts for the permanent job, and then negotiate a deal with one of them going forward.

This would entice fans to watch as former players, coaches, and others sit in the other chair.  Can you imagine the weekly buzz?  For example, how many people would watch someone like University of Miami defensive lineman Dwayne “The Rock” Johnson, help to call a ballgame for Monday Night Football?

With all of the free weekly publicity, ESPN would probably get a bump in ratings while saving most of the $10 mm it would have spent on “Pay-a-ton” Manning next fall.

ESPN has some fundamental choices to make.  By injecting more fun and less politics into their sports coverage, I believe they would see a return of more sports fans, too.