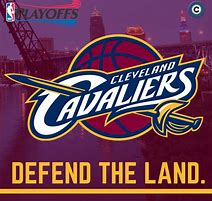 Get ready to burn those LeBron James jerseys again, Cleveland.  The phone number for the moving van is likely on his speed dial.   It won’t be long before the NBA’s foremost petulant star bails out of Cleveland – again.

The Cleveland Cavaliers were totally embarrassed on national television Saturday night by the Houston Rockets.  The 120-88 loss in front of the home crowd left the fans booing the team – in the first half!  You might be tempted to say that the local patrons are spoiled now since the Cavs have been to the NBA Finals for each of the past three seasons (winning one of them).

But, if you watched Saturday’s game on television, you saw a team which gave up numerous uncontested layups, three point shots, and played with the defensive intensity we’ve come to laugh at during the NBA’s All-Star game.  Wave the red cape, Cavs!  Your “Ole!'” team defense is quite impressive.

Stats don’t lie about the Cavaliers defensive lapse.  Cleveland ranks a putrid 26th out of 30 NBA teams in points allowed by giving up nearly 110 points per game.  The Cavs didn’t let the Rockets’ James Harden beat them Saturday.  He only scored 16 points.  It’s the rest of the Rockets that waylaid the home team as some of the Cavs yucked it up on the bench.

You can’t blame the owner of the Cavaliers for this mess.  Owner Dan Gilbert has spent more on payroll than any other NBA team since re-acquiring LeBron James four years ago.  The owner has pretty much done everything that the self-proclaimed “King” James has wanted.

Take a look at the current roster.  In additional to LeBron, the team added Boston’s scoring machine point guard, Isaiah Thomas.  He averaged nearly 30 points per game last year for the Celtics and has recently returned to action after an injury at the end of last season.

Then, the Cavs brought in LeBron’s old buddy from Miami, Dwayne Wade, to help shore-up the bench.  D-Wade, the 2006 NBA Finals’ MVP, is now 36 years old (ancient in professional basketball) and makes $23 million/season.  Wade is a likely Hall-of-Famer, but clearly isn’t the player he was when James took his talents to South Beach years ago to team-up with Wade in Miami.

But wait, there’s more!  Cleveland also has an NBA MVP coming off the bench this season, too.  Derrick Rose, the 2011 NBA MVP in Chicago, is now a part of this underachieving team.  Rose has dealt with numerous injuries during his NBA career and, more importantly, has been very public about whether his heart is still in the game anymore at age 29.  Rose still had a lot of talent, but questions about his playing intensity and heart have dogged him for most of his career.

When you add Cleveland holdovers Kevin Love, Tristan Thompson, sharpshooter Kyle Korver, and others, the Cavaliers, on paper, looked like a lock to compete for another NBA title this season.  They still might right this ship, but LeBron’s team is in disarray right now.

After Saturday night’s massacre, LeBron James was asked if the team needs to make any other moves to compete for the title.

LeBron James never went to college, but he could have majored in Political Science.  His “I” comments are a load of baloney as management has cowered to give him just about everything he has asked for.  The Cavs’ relatively inexperienced coach, Tyrann Lue,  can thank James for bringing him aboard as the former coach, David Blatt, was thrown under the bus by “The King”.

Time to take the lead, LeBron.  This IS your team.  The talent is there, but not the effort.  Defense is all about team effort, and LeBron’s Cavs get an “F” this season in that category.

Yes, there is no D in Clevelan this season as that D now stands for “Drama”.