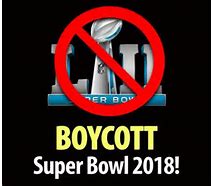 So many Super Bowls, so many memories.  Are we really up to 52 now?  I fondly remember the first game between the American Football League champion, Kansas City Chiefs, and the National Football League’s powerhouse Green Bay Packers back in January, 1967.   The Packers blew-out the upstart Chiefs in the second half of the first titanic football clash of champions and easily won 35-10.

Did you know that the first Big Game was carried on both CBS (home of the NFL) and NBC (home of the AFL)?  Though I liked Green Bay as a kid, I was quietly pulling for Coach Hank Stram’s KC Chiefs to make it a good game. Alas,  MVP Green Bay quarterback Bart Starr passed for 250 yards and two scores to lead the Pack to victory.

What about that halftime show?  The Rolling Stones or Elvis, perhaps?  Better!  The Grambling State University Marching Band put on a stellar performance and wowed the crowd in Los Angeles along with the national television audiences.

In the first big game, the novelty was the game itself.  The two football leagues would square-off in this single game for bragging rights (until the NFL opted to merge with the AFL a few years later).  Like the ABA vs. the NBA, the AFL was perceived by most observers as having some quality players but not the depth to compete with the established league.  It took until the third “Big Game” for the AFL to break into the winner’s circle when Joe Namath’s J-E-T-S, Jets, Jets, Jets!  defeated the Baltimore Colts.

So, here we are in 2018.  For many fans of the NFL, this Sunday will bring another chance to rally FOR Tom Brady and the New England Patriots or AGAINST Tom Brady and the Patriots.  Parties will be held, food and beverages will be served, and many people will not report to work on time (or at all) on Monday morning.

For others, though, this year’s game may start a new tradition.  With large numbers of former fans boycotting NFL games both in person and on television over some players’ protests during the playing of the National Anthem, this year’s game will be a real test of their willpower.  Since the game is normally the most watched television program of the year, a loss of 10% or more of the viewing audience would send shock waves to the NFL and its $5 million/30 second spot advertisers.

There are some really good things that one could do with their time on Sunday.  The movie theaters will probably be quite empty.  So will the restaurants not hosting big parties.  If your town happens to have some nice weather, you could play a round of golf until dark and then patronize a local eatery.  You could read that book you’ve wanted to finish.  Or, you could do some household project you’ve been promising for a long-time.  The list is endless.

So…what’s it going to be on Sunday?

For me, I have been boycotting the pregame shows for ages (the real kickoff comes after 5:30PM CST).  Even when my beloved Saints won their only trophy in 2009, I didn’t watch a minute of the pregame shows (just because I was already nervous enough!).

It would be quite enticing to take Mrs. Swampswami to a movie or dinner without being surrounded by flu-infested patrons on Sunday afternoon/evening.  But the allure of popping some popcorn and 52 years of football momentum make me a prohibitive favorite to be at home watching at least portions of the game on Sunday.