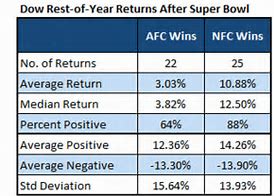 Congratulations to the NFC’s Philadelphia Eagles!  The team won a great Super Bowl game against the defending champs, the New England Patriots.  The Philly fanatics will host a huge victory parade on Thursday in the City of Brotherly Love.  Fly, Eagles, fly!

With all of the excitement of the first Super Bowl victory by one of the NFL’s oldest franchises, Monday should have been a happy day for discussing the game, the $7 million/30 second commercials (yawn), the energetic halftime performance by Justin Timberlake (assuming you could understand what he was saying/singing, that is), right?

Wrong.  The US stock market apparently liked the New England Patriots.  A lot!  The Dow Jones Industrial average reacted to the Eagles victory in the Super Bowl by diving a record 1,175 points to finish the day at 24,345, down 4.6% in Monday’s trading.

CNBC’s Jim Cramer (a lifelong Philadelphia Eagles fan) called today’s stock market sell-off a phony “Pats Crash“.   While I am certainly not as enlightened as the enthusiastic and entertaining Cramer, I wish to advance another financial issue which confused me at the end of the day.

What ever happened to the so-called “Super Bowl Indicator” of the US stock market?

According to the 52-year history of this indicator, if the NFC wins the Super Bowl, there is an 80% chance that the US stock market usually rises by an average of 10 or more percent for the year.  When the AFC wins, the market has either declined or advanced by a smaller percentage.

So, financially speaking, the NFC champion Eagles’ victory in the Super Bowl has just spotted another opponent (“da Stock Market Bears”) the equivalent of a 21-point first quarter lead in the first trading day after the Big Game.  The stock market has, in effect, fumbled the opening kickoff, given up two pick-sixes for a touchdown, and is stumbling and stunned coming out of the gate.

Like the Super Bowl champions did last night, can the US stock market rally by the end of the fourth quarter of 2018 to keep the NFC’s “streak” going?