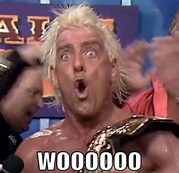 Houston – we have a Game 7 tonight!  The final game in the best-of-seven American League Championship Series between the Houston Astros and the New York Yankees will take place in downtown Houston Saturday night.  The Astros finally thawed-out their icy batting on Friday night upon returning to the warmth of the Lone Star State in a 7-1 drubbing of the Bronx Bombers to force tonight’s Game 7.

The city of Houston has been in a major league championship slump since the 1995 Houston Rockets brought H-town their second straight NBA championship.  The Astros came closest to breaking the Houston championship “streak” in 2005.  Unfortunately, the Astros lone World Series appearance (as a National League team) was a disappointing 4-0 sweep at the hands of the Chicago White Sox.

On the flip-side, the New York Yankees are the gold standard in World Series appearances.  The Yankees have been to 40 World Series in their long history and won it 27 times.  Those stats are both major league baseball records, so the swagger of this team of long-bombing Yankees comes from the high expectations of their fans accustomed to a legendary record of success.

The Most Valuable Player race for the American League has been a battle, too.  David vs. Goliath.  Houston’s 5’5″ infielder Jose Altuve was the American League’s batting champion again this season with a .346 average and is the undisputed leader of his squad.  Meanwhile, the leader of New York’s 2017 line-up of Baby Bombers is Aaron Judge.  The 6’7″ 282 pound giant pounded 52 home runs this season while batting a solid .284.

These guys are battling for the American League MVP right down to the finish line, too.  In the eighth inning of Friday’s game six in Houston,  Judge pounded an upper deck home run to account for the Yankees’ lone run.  In the bottom half of the inning, though, Altuve responded with a home run for the home town fans as if he was former Rockets’ shot-blocking basketball star, Dikembe Motumbo, with a finger-wagging, “Not in my house!“.

As if Houston needed another reason to be revved-up before tonight’s Game 7, the one and only professional wrestling legend, Ric Flair, will appear on the video screens at Minute Maid Park to issue a “Play Ball!” pregame message to the fans. The charismatic “Nature Boy” Flair recently battled back from the brink of death after a recent hospitalization in August and September.

For an Astros team which is desperately trying to claw its way back to a second World Series appearance in front of their home fans and a Yankees’ squad which would love nothing better than to reign supreme again in the American League, Saturday night’s Game 7 promises to be a dandy.