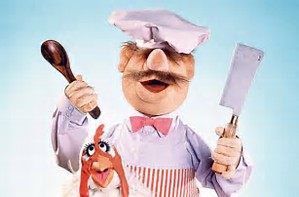 One of my sons and his wife recently went to Europe and spent about 10 days visiting locations in England, Germany, and Italy.  By all accounts, they had a wonderful trip!

This week, I read on Facebook that a friend and his wife have been celebrating their 30th wedding anniversary in France.  Ah, yes – Paris, the Eiffel Tower, the rolling countryside!

Not trying to brag, but, this morning, I am spending a few hours in Europe, too!  Last weekend, it was just outside of London. And, a few weeks earlier, it was a resort along the coast of Sicily which featured spectacular views of the Mediterranean Sea!  All while I have been doing the laundry and sipping a cup of tea or hot chocolate.

Thanks to Golf Channel, I have been enjoying some fabulous scenery every Saturday morning from the weekly stops along European PGA Tour.  This week’s stop is at the Nordea Masters.  Where is it being played?

It is fun to stay away from the computer for a few minutes to attempt to determine where they are playing each week – by the scenery.

Aha!  This week’s location features a seaside finishing hole, but there goes an oil tanker in the distance.  Hmm – perhaps a Nordic country?

Advertisements on some of the golf holes are shown for “Ramirent” and “LaVazza”.   Wait – there must be a new car coming out from Volkswagen as the sign says “Volkswagen Syd”.  Never heard of that one!

After about 10 minutes, Golf Channel rolls the leaderboard across the TV screen, and I finally learn that we are in Malmo, Sweden today.  Now, let’s Google it!

Malmo is located along the southwestern coast of Sweden.  Who are those sponsors?  Ramirent is an equipment rental company based in nearby Helsinki, Finland.  LaVazza?  Why, that’s an Italian coffee company!   And, embarrassingly, I learned that Volkswagen Syd means “VW South”, and it is a local Swedish dealership in the city of Malmo.  Drat!

This week, the leaderboard features such interesting names as Thorbjorg Oleson, Jaco Van Zyl, and Nacho Elvira.  Sadly, I didn’t see one of my favorite players on the European PGA tour.  It looks like Andrew “Beef” Johnston must not be playing in this week’s golf event.

Then again, can you blame him?  It might be a little risky to ask, “Where’s the Beef?” in the home country of The Swedish Chef!  Bork, bork, bork!