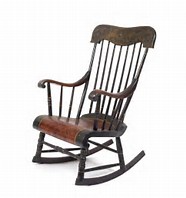 After watching the Golden State Godzillas (oops, wrong story – I meant “Warriors”) run roughshod over the Cleveland Cavaliers last night in Game 1 of the 2017 NBA finals, a correspondent for ESPN opined after the game, “LeBron James looked tired”.

Tired?  Each of these teams had a week off after feasting on a two-month smorgasbord of tasty NBA appetizers during the first three rounds of this marathon called the NBA playoffs.  Golden State quickly vanquished the Portland Potato Skins, then conquered the Utah Quesos, and savored some San Antonio Salsa to advance to the Finals table, while Cleveland inhaled the Indiana Poppers, devoured some tasty Toronto Toasted Ravioli, and downed a couple of Boston Bacon sliders before developing some heartburn after getting home for Game 3.  Hey, these teams weren’t tired last night – they were stuffed!

Let’s do a little research on whether this ESPN “LeBron James is tired” theory may have some substance.  According to the all-knowing Wikipedia, LeBron James is currently ranked #87 all-time in number of regular season NBA games played.  That is quite impressive considering that over 3,000 players have suited-up and played in the NBA over the past 50 years.  At age 32, James is ending his 14th NBA season and has already logged 1,061 games (an average of 75.8 games per season).

Michael Jordan?  He’s just ahead of LeBron at #82 on the list of NBA games played in a career covering 15 years and 1,072 games (nearly 71.5 games/year).  However, remember that MJ played three years at the University of North Carolina prior to entering the NBA, took 2 years off during his NBA career to try professional baseball, and, late in his career, un-retired a second time to conclude his NBA action with the Washington Wizards at the age of 40.

By the way, TNT’s Charles Barkley is just ahead of Michael Jordan at #80 and logged 16 NBA seasons, while his television co-host, former LSU great Shaquille O’Neal, is ranked #36 on the all-time list with 19 seasons and 1,207 games played.

Among currently active players, Dirk Nowitski of the Dallas Mavericks has risen to #7 with 19 seasons in the books and 1,394 games played thus far.

No doubt, LeBron James is quickly moving up the career list in number of games played.  But, tired?  He has a long way to go to catch the leaders:

#2  Kareem Abdul-Jabbar.  Kareem (aka Captain SkyHook) dominated the NBA for 20 years and played in 1,560 games.

#1  Robert Parish!  Yes, the Boston Celtics’ Hall-of-Fame center from Shreveport, Louisiana played for 21 NBA seasons and in a whopping 1,611 games.

In conclusion, is Father Time starting to catch-up with LeBron James?  Sure!  It happens to all of us – even to the greatest players in the game.

Especially when LeBron was spending the night running up and down the floor trying to chase a bunch of basketball-playing roadrunners wearing blue and gold uniforms!  Beep beep!