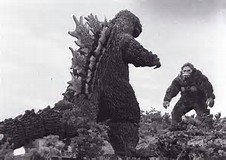 The NBA’s faux drama is over.  The casual basketball fan can gleefully chirp that the entire 82-game regular season really didn’t matter again this year.  They can say, “I don’t know why you bothered watching the NBA all year long, because everyone KNEW that Golden State was going to play Cleveland in the NBA Finals for the third straight season (a modern-era NBA record).

I really enjoyed watching the Boston Celtics and Houston Rockets become relevant again.  Both teams were vastly improved this season, and they should be in the mix over the next few seasons (assuming their respective GM’s don’t become “deal junkies”, that is).

Maybe those always-tough San Antonio Spurs, led by coaching super-genius Gregg Popovich, would create the perfect game plan to bring down the Golden State juggernaut and claim the Western Division crown!  But, that dream ended once Kawhi Leonard and Tony Parker went down with injuries.

As an NBA fan, yeah, this really bugs me.  Two so-called “Super” teams yucking it up during the regular season to make it look fair (wink, wink) only to magically show-up and run roughshod over the rest of the league during the playoffs?  Heck, Cleveland star LeBron James “rested” during the last week of the regular season as the gritty Boston Celtics claimed the #1 seed in the Eastern Conference and sending Cleveland to the #2 seed.  Gasp!

Competitive balance?  Golden State has beaten their 3 playoff foes this year by 4-0 margins, while Cleveland did the same during their first 2 playoff series and only an improbable win by Boston in Game 3 kept the Cavs from a 12-0 “warm-up” for this annual rematch.  The Cavs played so well in Boston Garden that I half-expected the team might request permission from the NBA to move one or more of their home games to Boston for the NBA finals!

So, here we are.  Ho-hum.  Yawn.  Sure, I’ll watch the games, but I have no rooting interests.

Haven’t we seen something like this before?  Two unstoppable forces of nature that rise-up and square-off against each other for a titanic clash seemingly every year?

I know!  King Kong vs. Godzilla!  They keep swatting away those pesky airplanes (and NBA wannabe’s) almost every year – as long as the fans keep watching it, that is.

“Ladies and Gentlemen – introducing your combatants for the 2017 NBA finals!  Let’s get ready to rumblllllllle!”

That gigantic powerhouse and the true Beast of the East…here are your Cleveland Cavaliers!

And, rising-up out of the Pacific and destroying anyone who dares to get in the way…it’s the Golden State Warriors!

If I have to choose, I’ll take Godzilla (I mean, Golden State), because he has a few more weapons!