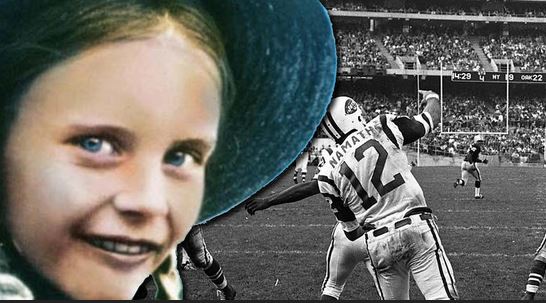 For those of us old dogs who were alive to watch the American Football League games on NBC back in the late 1960’s, the name “Heidi Bowl” has a special meaning.

During last Saturday night’s NBC telecast of the USFL game between the Michigan Panthers and the Birmingham Stallions, the network did it once again!   Yes, NBC cut away from the end of the USFL game at 10PM Central time for the obligatory 30-minute local news break and the 10:30PM (sharp) start of Saturday Night Live.

Unlike the original “Heidi Bowl” game of November 17, 1968 on NBC between the 7-2 New York Jets and quarterback Joe Namath and the 7-2 Oakland Raiders coached by John Madden, this weekend’s error by NBC didn’t carry nearly as many consequences.   NBC informed viewers that the game’s conclusion could be found on cable affiliate CNBC.

Saturday’s NBC cutaway from coverage of the USFL came in a game in which Birmingham was comfortably ahead of Michigan late in the fourth quarter and won the game 33-17.  The Stallions moved to 6-0 while the disappointing Michigan Panthers fell to 1-5.

In 1968, though, it was a totally different matter.

The New York Jets and Oakland Raiders were the top teams in the AFL.   The game’s 3PM Central kick-off allotted NBC three hours to complete the game.  At 6PM sharp, NBC had been heavily promoting the network’s premiere of the family movie, Heidi.  It was a classic story about a young orphan girl who has come to live with her grumpy, distant grandfather at his small home in the Swiss Alps.

More importantly, NBC’s primary movie sponsor (Timex – how ironic!) required that the movie must air on time as part of their contract with the network.

Remembering back to 1968, NBC budgeted two hours and thirty minutes for its AFL games (my, how times have changed!).  Unfortunately, this nationally televised East vs. West rivalry game featured several serious injuries, numerous penalties, and a lot of scoring.  By 6PM Central time, the J-E-T-S, Jets, Jets, Jets! were still clinging to a slim three-point lead at 32-29 as Oakland was driving down the field with about one minute left in the football game.

There was panic in the NBC control room.

Since the AFL football game had exceeded its maximum allotted time, NBC had to cut away from the football game and began to show Heidi!  As you probably guessed, the Oakland Raiders would score the go-ahead touchdown just seconds later. 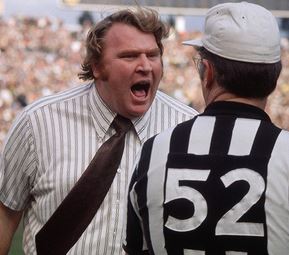 On the ensuing kickoff, the Jets fumbled the ball and Oakland tacked on an insurance score to win the game 43-32.

I remember watching that game at home with my Dad (who was a Jets fan).  We were both very upset when NBC dropped the game in favor of Heidi.  We figured it was a mistake, and that NBC would surely come back quickly to the football game. 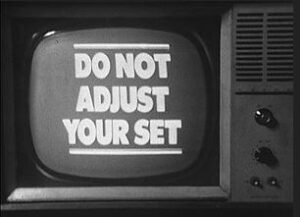 About ten minutes into the Heidi movie, the final score was given on a crawler across the bottom of the television screen.  Ironically, the football score’s insertion into the movie came just as Heidi’s paralyzed cousin Clara was taking her first, slow steps to walk.  Now, the primarily-female movie audience was unhappy with NBC, too!

NBC caught incredible flak from both sides, but irate football fans never forgot this moment.  Of course, this dilemma came in the days prior to cable television so there were no alternative television channels available to send the football fans to watch the game’s end.

The Jets/Raiders game in 1968 was dubbed the “Heidi Bowl” by football fans and that name lives in infamy today.

The maddening incident would lead a positive change, though.  In the next television contract negotiated for the combined AFL/NFL merger, local stations would be required to carry the end of the league’s football games.  In return, the football league pledged to keep their games to as close to three hours as possible.

Incidentally, the New York Jets would later defeat Oakland in the AFL Championship game in New York City in December, 1968.  The Jets went on to stun the sports world by defeating the 19-point favorite Baltimore Colts of the NFL in Super Bowl III 16-7. 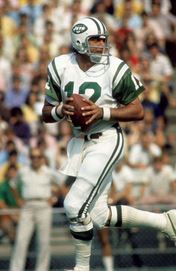 That was the game where Jets quarterback Joe Namath uttered his famous “guarantee” of a victory and then delivered on it in the Super Bowl.

Back to 2022 and the USFL, last Saturday night’s game on NBC didn’t have nearly the number of fans watching as the 1968 “Heidi Bowl” contest.   The ratings services said that Saturday evening’s USFL game on NBC drew just 1.195 million viewers.  I can guarantee you that the game played in 1968 between the Jets and Raiders on NBC had ten to twenty times more television viewers watching as there were just the three primary television channels available.

Here are the other scores from USFL Week #6:

In that final game of the day between New Jersey and Houston, the Generals scored the winning touchdown with just two seconds to play to keep atop the USFL’s Eastern Division.   It’s a good thing that game wasn’t the one played on Saturday night on NBC!

Today, the television ratings for the USFL’s Week #6 were revealed.  Viewership continues a steady drop.

Saturday’s doubleheader on NBC had 785,000 viewers (Philadelphia vs. Tampa Bay) and 1.195 million for the aforementioned evening game between Birmingham and Michigan.  On Sunday afternoon, the early game on FS1 (New Orleans vs. Pittsburgh) garnered just 281,000 eyeballs while the feature game on FOX (New Jersey vs.  Houston) had just 665,000 viewers.

Reminder – Fox Sports (which owns 100% of the USFL) stated its Year 1 goal was 1.4 million television viewers per game.   Week #6’s weak showing signaled that the USFL viewership has not bottomed yet.  The chances for Year #2 are looking bleak right now.

Coming up this Memorial Day weekend, the USFL isn’t doing itself any favors by burying three of its four football games on relatively low-interest cable television outlets.  The television ratings for Week 7’s slate of games will likely underwhelm once again.

USFL Week #7 – all games shown below are CDT.

If you still want to see spring professional football on television, tell your friends to start watching the USFL games beginning this weekend…before it’s too late.