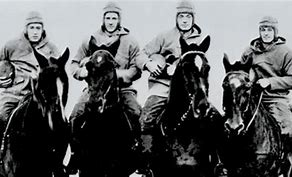 Earlier this week, Indianapolis Colts quarterback Philip Rivers (age 39) announced his retirement from the National Football League.  He played all but one of his 17 years in the NFL with the Chargers (San Diego/Los Angeles).

During his final season in Indianapolis, Rivers helped the Colts improve from a 7-9 record in 2019 to 11-5 and into the first round of the NFL playoffs in 2020.  Indications were that Rivers was welcome to return back to the Colts for one more season in 2021 if he wanted to keep playing.

Last Sunday evening, 42-year old quarterback Drew Brees lingered on the field of the Louisiana Superdome for at least an hour after the game ended after his New Orleans Saints ended their season with a 30-20 loss to the Tampa Bay Buccaneers and their 43-year old quarterback legend, Tom Brady.

A week earlier, the Pittsburgh Steelers’ season ended in the first round of the playoffs after a miserable four-interception performance by the team’s 38-year old two-time Super Bowl champion quarterback, Ben Roethlisberger.

On the plus side, those four talented quarterbacks (ages 38, 39, 42, and 43) all led their NFL teams into the playoffs this season.  Each of their teams won at least 11 games in the regular season.  Based on performance, each these four aging QB’s proved their worth in 2020’s regular season.

Unfortunately, the NFC and AFC Championship games this weekend will feature just one of these four legendary “horsemen” quarterbacks.  Besides, most people refer to him as the GOAT (Greatest of All Time) anyway.

After an incredible 20-year run leading the New England Patriots to nine Super Bowl appearances (winning six times) and three league MVP awards, Tom Brady broke the hearts of New England fans when he left the winter cold weather of Boston and head south for a warmer climate (along with much better wide receivers) in Tampa Bay last spring.

Brady’s long-time tight end in New England, Rob Gronkowski, even came out of his one-year retirement to join his quarterback for this season, too.  Tampa Bay even extended an olive branch to talented but temperamental wide receiver Antonio Brown to join Tampa’s stable filled with gifted wide receivers.

It seems to have worked well.  The forever young Tom Brady passed for over 4,600 yards (288 yards/game) along with 40 touchdowns (the second-most in his lengthy career) and a quarterback rating of 102.2 (higher than his career average of 97.2).   Meanwhile, his former team in New England floundered in 2020 going 7-9 and missing the playoffs entirely.

Tom Terrific may have jumped ship at just the right time.

As Tom Brady’s first season in Tampa Bay was incredibly successful, so was Philip Rivers’ first year in Indianapolis.  Both Tampa Bay and Indianapolis went 7-9 in 2019 and improved to 11-5 in 2020 with their seasoned quarterbacks leading their respective teams back into the NFL playoffs.

Philip Rivers led the AFC’s Chargers into the playoffs six times during his 16 seasons there.  Alas, his 5-7 record in post-season play is a sad reminder that none of his teams ever won a Super Bowl ring.

Statistically speaking, Rivers’ career numbers are very shiny.  He finished his career with the fifth-most yards passing in NFL history (63,440) and fifth in touchdown passes (421).   Generally considered one of the best quarterbacks in NFL history to have never played in a Super Bowl, Philip Rivers was certainly one of the most durable.  During one stretch, he didn’t miss a starting assignment for an incredible 14 years.

Though the debate is already underway as to whether Philip Rivers will be inducted into the Pro Football Hall of Fame in Canton, Ohio, Rivers seems to be happy as he leaves professional football.   He announced this week that he has become the head football coach of St. Michael High School in Fairhope, Alabama this spring.  Rivers’ wife will be glad to have him around the house during the fall as the family has nine children!

With Philip Rivers taking his final bow this week, fans of the New Orleans Saints are expecting their long-time team leader to announce his retirement soon, too.  Recently turning 42 years of age, Drew Brees generally takes a few weeks off after the season ends prior to making a decision about his return to the NFL.  Brees’ final game last Sunday was ugly as he passed for just 134 yards and had three passes intercepted in a home playoff loss to Tampa Bay.

Brees already has another job waiting for him as NBC offered him a broadcasting position after his playing days end.  Unlike Brady and Philip Rivers, Drew Brees’ final two years have come with a lot of pain and injuries.   In 2019, a torn ligament on the thumb of his right (throwing) hand kept him out of action several weeks.

This year, Drew Brees took a vicious shot to the midsection in which he suffered broken ribs and a collapsed lung.  He came back after just three games to finish the season, but he was noticeably not playing at his normal high level.

Drew Brees earned a Super Bowl ring in leading the New Orleans Saints to their one and only championship season in February, 2010.  Saints fans will forever love their gritty quarterback whose 70% completion accuracy led the NFL several times.

With 80,358 passing yards and 571 touchdown passes, Drew Brees is a virtual lock to be inducted into the Hall of Fame.   The only question left is whether Brees wants to take another year of physical punishment and come back one final time next fall.

I wouldn’t bet on it.

Our fourth aging quarterback legend who led his team into this year’s playoffs is Pittsburgh’s Ben Roethlisberger.  The 38-year old Big Ben ended his 17th season in Steel City two weeks ago with one of the worst performances of his lengthy NFL career.   Though he may be physically able to play another year, questions swirl about whether he is worth the money.

According to one source, Roethlisberger’s expected pay next season in 2021 could cost Pittsburgh over $41 million.   His salary would represent nearly 20% of the team’s overall salary cap budget for the entire roster.

Ben Roethlisberger was drafted into the NFL in the same year (2004) as newly retired Philip Rivers.   In 2019, he missed all but two games with elbow issues on his right throwing arm.   He rebounded nicely in 2020 and led Pittsburgh to eleven straight wins to start the season.  Unfortunately, the Steelers lost five of their last six games including an embarrassing 48-37 first round playoff loss to the Cleveland Browns.

Today, the Steelers announced that they have added former Washington first round pick Dwayne Haskins to their roster for next season.  Though Haskins’ talent and maturity are both questionable and certainly doesn’t pose a threat to Big Ben’s starting job, the team may be signaling that they are moving ahead toward an eventual transition at quarterback in Pittsburgh.

It’s a bit ironic that the oldest of these four quarterbacks (Tom Brady – age 43) is the only one who isn’t contemplating a permanent trade from their cleats to some golf shoes.

Even the NFL’s quarterback GOAT will (eventually) head to the retirement pasture, too.