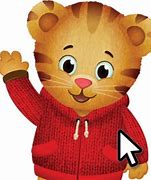 On Sunday afternoon at a nifty public golf course in San Francisco, a young twenty-three year old golfer charged down the fairways to grab his first major championship trophy at the PGA Championship.

Twenty-one years ago, that young golfer was Tiger Woods.  This weekend, it was a young man named Collin Morikawa.

Both are California born.  Woods went two years to Stanford before turning pro.  Morikawa played for the University of California-Berkeley golf team and graduated last year in 2019 with a degree in Business Administration.

When Tiger Woods left Stanford, expectations were extremely high coming into professional golf.  When Collin Morikawa left Cal after four years on the golf team, he had won five collegiate events in four seasons.  Not bad, but he came onto the scene as just another in an increasingly long line of talented college golfers.

On Sunday, it was Collin Morikawa who calmly and confidently stared down a stellar field which included the aging Woods.  At one moment coming down the stretch, there were seven golfers tied for the lead at 10-under par.  The CBS golf team had already announced that the playoff would start on the 16th hole.

How prophetic!  Someone stepped-up to that 16th hole during the final hour of the fourth round to put a strangle hold on the Wanamaker trophy.

It was Collin Morikawa launching a tactical missile with his incredibly precise 294-yard drive which rolled onto the green and just seven feet from the flag on the tricky par-4 16th hole.  When he drained the putt for an eagle 2, he moved to 13 under par.  You could almost feel the bubble burst on the rest of the field’s hopes when that putt fell into the hole.

It was a moment right out of the Tiger Woods playbook from twenty years ago.  Morikawa’s march to victory on Sunday was a reminder of how Woods was doing the same thing a generation ago.

Back then, Woods was dusting off many of the PGA Tour’s veteran stars such as Ernie Els, Tom Kite, and Nick Price.

In addition to Morikawa, there was 21-year old Matthew Wolff, a 24-year old (Scottie Scheffler), two 25-year olds (Cameron Champ and Jon Rahm), and two 26-year old phenoms (Bryson DeChambeau and Xander Schauffele).   Seven of the top ten golfers in the 2020 PGA Championship were from the “We watched Tiger Woods on television” new generation of players.

Somewhere, the late Arnold Palmer is surely smiling to see so many young golfers coming into the game after being inspired by one of golf’s biggest stars.

For the 44-year old Tiger Woods, he still retains a fading hope of catching up to Jack Nicklaus’ professional record of 18 major championship wins.  Woods has 15 majors now, but he will need a lot of good fortune if he is going to win three more against an army of Mini-Me golfers.

These young whippersnappers all drive the ball 300-yards or more, have great poise under pressure, and are getting better by the year with more experience gained with each event.

Unlike Tiger, though, Collin Morikawa kept his golf ball in more fairways than everyone else in the field.  He led the event in driving accuracy, closest average distance to the hole, and in putts made.  That was a statistical clean sweep of this elite field!

Tiger Woods has five of his 15 major championships at Augusta National Golf Club.  When The Masters is held, Tiger’s track record of success gives him a great opportunity to be a factor when he tees it up annually in Georgia.

The problem, though, is that The Masters is only held once per year, and Tiger needs three more wins to catch Jack Nicklaus.

The biggest problem for Tiger Woods will be the annual onslaught of these young golfers who are quite hungry to make their mark and grab a major championship of their own.  Tiger’s game remains at a high enough level to be a factor, but time is running out.

Back in 2009, a 59-year old Tom Watson lost the British Open when he bogeyed the final hole and then lost a playoff against Stuart Cink.

It remains possible for Tiger Woods to win three more majors, but this young group of hungry “cubs” will around to make it exceedingly improbable.