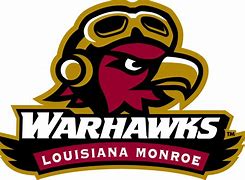 With a daily question marks hovering over the upcoming college football season due to a lingering pandemic, the biggest college football conferences and schools will find a way to survive by relying their massive network television contracts.

For smaller football conferences, though, this fall could mean serious trouble for the budgets of their athletics departments.  Since we have talked about UL-Monroe before, let’s feature the Warhawks once again in today’s post.

The University of Louisiana at Monroe had three “payday” road games scheduled in 2020.  The season schedule shows them hitting the road to Athens, Georgia to play the Georgia Bulldogs on Saturday, September 26.  Then, the “Road Hawks” fly to Virginia to play the Liberty Flames on October 10.  On Saturday, November 21, ULM takes on the Hogs at the University of Arkansas in Fayetteville.

For a smaller FBS school like ULM, those three road games would likely generate around $3 million in guaranteed revenue.  ULM, like so many mid-level football programs, doesn’t generate enough home football game revenues to survive without taking their team on the road to be the feisty “homecoming victim” in a few games every season.

The Warhawks, who compete in the Sunbelt Conference, have the smallest athletics budget in all of major college football.  For the year 2018, the university’s athletics program hovered near the break-even point with annual revenues and expenses hovering around $16 million.  That’s not just football.  That $16 million also covers the cost of men’s and women’s basketball, baseball, softball, track and field, tennis, etc.  Yes, $16 million is ULM’s entire athletics budget.

If the pandemic forces the cancellation of their non-conference football games, the loss of $3 million would mean nearly 20% less revenue available to ULM’s overall athletic budget.

The Warhawks are by no means the only football team which survives on one or two big money road football games played for big guarantees by the big conference teams, though.

ULM’s in-state Sunbelt Conference foe, Louisiana-Lafayette, has been averaging nearly $3 million per year from a few payday road games on their football schedule the past few years, too.  This year, though, the Ragin’ Cajuns would only make one big road trip with a November 21 meeting against the  SEC’s Missouri Tigers in Columbia, MO.  Cancellation of that game will probably cost the Cajuns well over $1 million in 2020.

Louisiana-Lafayette has an annual athletics budget of about $28 million.  So, the loss of about $1 million this year will certainly sting, but it won’t be as devastating as for their rivals in Monroe.

Seeing this approaching storm, ULM’s athletics director (Scott McDonald) has been aggressively beating the drum around the northeast Louisiana region lately.  He is attempting to double the size of the school’s athletics booster group to help offset the loss of money from an early end to spring sports and the loss of football revenue this fall.

“Warhawk Nation, we need your financial support now more than ever before,” McDonald recently said. “We encourage you to invest and impact the lives of our student-athletes. Invest in our student-athletes, so they have an opportunity to become champions, in the classroom, in competition and in our community.”

The article mentioned that ULM spends $5.5 million per year (about 1/3 of the athletics budget) to pay for scholarships for nearly 400 athletes in 17 sports.

The financial ramifications from this pandemic year of 2020 are just beginning.  Without sufficient funding, non-revenue athletics will likely be among the first on the chopping block.

Again, this article isn’t just about UL-Monroe.  The loss of guaranteed revenues will affect every other SunBelt Conference school.  The same issues apply for Louisiana Tech and the  other Conference USA universities.  This problem will affect all mid-major athletic programs.

At the FCS (smaller school) levels, this financial earthquake will also rock the Southland Conference, too.  Several of those schools had “guaranteed” revenues from $500,000 to $1 million which may also be lost this season.  For example, the University of Central Arkansas in Conway stands to lose about $1 million of guaranteed money as the Bears were planning a trip to Columbia, Missouri to play Mizzou on September 5, 2020.

Athletics budgets can quickly flip from treading water financially to bleeding red ink with the loss of one significant payday game.

Each university will have some tough decisions to make about how to spend less money over the next 12 to 18 months.  It might mean that some sports are put on hiatus for a year or more.  For other sports, though, it might mean a permanent end to funding as the cost of the sport was already a budgetary item long before this pandemic.

If we’ve learned one thing this year, things can and sometimes do get worse.  It will be increasingly important for many college sports fans to be willing to open their wallets and stand behind their dear ol’ alma mater (or favorite college team) to help them survive the year 2020.