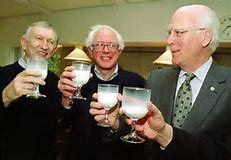 In 1960, the Washington Senators of Major League Baseball left town and now play ball in Minneapolis as the Minnesota Twins.

Though the nation’s capital eventually landed another baseball team, you might notice that they’re called the Washington Nationals today.

This week, I have learned that there are exactly 100 jobs in this country that I really wouldn’t want.

Yes, I know there are a few television shows about so-called “Dirty Jobs” that feature people working in rather vile and miserable conditions.

One website published a list of the top five U.S. jobs which are, on average, the hardest to fill.

A podiatrist makes an average salary of nearly $130,000, but you must go to college for years and then work on people’s feet – every day – for a living.  P.U.!

Bad Job #3 on that list was a Gastroenterologist.  Like the Podiatrist, this job requires endless years of college education with your life filled with years of looking into well – uh – you know!

This week, though, I have now found a job which seems worse than any of the others on that Top Five list.

Then again, you have to live in the Washington, D.C. area where the cost of living is quite expensive, too.

Beginning this week, the 100 men and women of the U.S. Senate are earning their pay in a way which I doubt any of us would want to do.

During the current Impeachment trial now being conducted in the Senate, the term “Sitting Senator” takes on a special meaning.

Beginning this week, these 100 Senators are being forced to sit (no cellphones or gadgets to play with) and listen to endless hours of oral arguments from their colleagues (or arch-enemies, depending on which Senator you ask) in the U.S. House of Representatives as to why they believe the President of the United States should be removed from office.

You may hear the term “solemn duty” from television commentators the next few weeks when referring to the job being performed by these 100 men and women in the Senate.

No.  This event is more like being locked in the U.S. Senate’s version of Hades!

Let’s go to the rule book, and I will convince you that being a Senator during an Impeachment trial may be the worst job in America this week.

According to Riddick’s Senate Procedures, these 100 pour souls comprising the U.S. Senate must follow a specific set of rules whenever they are charged with making the final decision as to whether the Impeachment resolutions brought over to them by their former friends in the House of Representatives are to be enforced or rejected.

It’s making more sense to me why those House Impeachment managers were slow-walking their Articles of Impeachment into the Senate chambers in a formation that looked more like pallbearers carrying a casket out of the funeral home for burial in a nearby cemetery!

Once the House of Representatives’ ticking “bomb” is accepted into the chambers of the U.S. Senate, the Senate members are (by rule) forced to sit at their desks and listen to hours and hours of testimony for days and days.

According to the Senate rules, the 100 Senators must “keep silence, on pain of imprisonment” while listening to endless hours and days of testimony from their long-winded former friends in the U.S. House of Representatives!

Think about it.  The last time that you and I were kept hostage like this was probably in elementary school.  At least we only had to sit still for about seven hours a day and had a nifty playground to burn off some energy during recess!

Imagine yourself in such a predicament today.

You are being sent back to your elementary school desk as an adult.  You are forced to listen to the teacher (in this case, the Chief Justice of the Supreme Court) as guest lecturers (from another school across town) talk for eight or more hours every day (except Sunday) and must stay seated, behave, and courteously listen to them.

Then, after you listen to days of testimony from the House, you must remain seated to listen to the President’s attorneys give (perhaps) an equal time of lectures while you pray for this to end.

If you don’t follow the rules during this never-ending sequestering, then the Senate’s Sergeant at Arms will pounce to make sure you get back in line!

More than 200 years ago, the Senate Sergeant at Arms was mostly a professional usher to open and close the doors of the Senate.  Prior to central air conditioning years ago, I’m sure that the job of regulating the amount of hot air coming into or out of the Senate chamber could become quite challenging!

The Sergeant at Arms is also “keeper of the Senate gavel” (and don’t tempt him to use it on you!) and is the primary person responsible for rounding-up any Senators who may have disappeared from their seats and are needed for a quorum call (to insure full attendance prior to a Senate vote).

Woe be to any U.S. Senator who may decide to run out the doors screaming for his or her Mommy to take him or her home during this Impeachment trial! The Sergeant of Arms will find you and drag you back into the Senate chambers until conclusion.

So, these 100 U.S. Senators are bound to listen to days and days of drivel by the House of Representatives and the President’s lawyers.

Then, they must consider whether they want to bring in additional witnesses and force themselves to sit through days and days of additional testimony.

I think you can understand why the Senators would prefer to wait for this first part of the trial to end before deciding on the calling of any new witnesses.

They’re probably more likely in need of chiropractors by that point in the trial!

If the Senators don’t behave, the Senate Sergeant at Arms will send them to the time-out corner for throwing paper wads at each other or the House Impeachment managers on the Senate floor.

If they should happen to fall asleep during the proceedings, that Senator may receive a swift wake-up whack on the noggin from the Sergeant at Arms, too!

For the 100 U.S. Senators being forced to sit and behave and feign listening to hours upon hours of legal ramblings during the current Impeachment trial, I am starting to have quite a bit of sympathy for them.

Upon further reflection, maybe I wouldn’t want to have a Senator’s job during an Impeachment.  The pay sounded great, but there’s always the chance of having to sit through a painful eternity during one of these lengthy Impeachment trials!

But, what about that Senate Sergeant at Arms job?  Hmm…