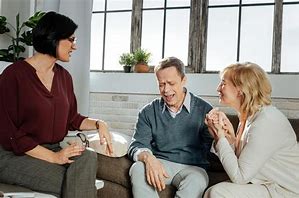 After Sunday’s epic meltdown (again) by a Houston professional football team, it’s time to address another case of “H-town Depression”.  The Houston Texans lost a 24-0 first quarter advantage and then got spanked 51-31 by the Kansas City Chiefs yesterday.

The team gave up 51 points in just three quarters against the Chiefs!

It’s not the first time that the city of Houston’s NFL football team has been linked with the word “Choke”.   It was 27 years ago when the Warren Moon’s Houston Oilers went to Buffalo and let a 32-point second half lead disappear before losing in overtime.

I know that Houston’s professional football fans are both upset and depressed today.  For those old enough to remember that 1993 game against the Buffalo Bills, the H-Town pro football depression has set-in again for you.

Though I am not a licensed Psychologist (but I have stayed more than a few Holiday Inn Express locations in my traveling days), it’s time for the city of Houston to vent a little anger out and start to heal.

Before we start, though, let’s clear the air about a few items.

It’s time for the Houston Texans’ ownership to take some of the blame for this team’s continued lack of post-season success.

The facts are quite ugly.  Since coming into the league in 2002, the Houston Texans have won the AFC South six times – all within the past nine seasons.  That’s a record that most teams would love to have.

The Houston Texans’ record in the post-season is only 4-6.  The team has never made it into the AFC Championship game or, of course, the Super Bowl, either.

Prior to the Texans, though, the city fell in love with its Houston Oilers.  Once Oilers’ team owner “Bottom Line” Bud Adams finally made good on his threat to take his football team to Nashville (via Memphis) in 1996, the Houston Oilers then became the Tennessee Titans.  And, sadly for Houston’s pro football fans, those now-Tennessee Titans have played in two AFC Championship games (winning one) and lost in their lone Super Bowl appearance in 1999 to the Curt Warner-led St. Louis Rams.

Professional football first appeared in Houston back in 1960.  The Houston Oilers were one of the original teams in the now-defunct American Football League.  In fact, those Oilers won the first two league championships!

Once the Oilers became a part of the NFL as a result of the merger in 1970, the city of Houston went to the NFL playoffs ten times over 26 years and never made it into the Super Bowl (until after the team left for Tennessee).

The Pittsburgh Steelers of the 1970’s had a lot to do with that frustrating streak as the “Luv’ ya Blue” Houston Oilers kept knocking on the door, but the Steel Curtain in Pittsburgh kept them from making it to the Super Bowl in both 1978 and 1979.

The Oilers remained a quite popular team in Houston during the 1980’s and early 1990’s, but the city of Houston refused to build the owner a bigger stadium than the 50,000 seat Astrodome.  Adams annually threatened to move the team to Jacksonville (more than once) and Tennessee.

While still in Houston, the Oilers went to Buffalo in January, 1993 to play the two-time defending AFC champion Bills in the first round of the playoffs.  Led by Hall-of-Fame quarterback Warren Moon, Houston surprised Buffalo in the first half and led 28-3.

Buffalo’s coach, Marv Levy, told his team at halftime, “You’ve got thirty more minutes. Maybe it’s the last thirty minutes of your season. When your season’s over, you’re going to have to live with yourselves and look yourselves in the eyes. You’d better have reason to feel good about yourselves, regardless of how this game turns out”.

For Buffalo fans, the game was known as “The Comeback”.

For Houston football fans, though, the game became known as “The Choke”.

Making matters worse, Oilers’ owner Bud Adams took his team away from Houston just a few years later.  The football crazy fourth largest city in America went without a professional football team for six years until the Texans were granted an expansion franchise (costing $1 Billion) by the NFL in 2002.

Though the Houston Texans finally got their shiny new stadium along with their rather generic nickname (I’ve never liked it), the city of Houston’s romance with professional football is akin to Charley Brown trying to kick the football as Lucy (as always) grabs it up right before he can finally make that kick.

Now that Dr. SwampSwami has heard the 50-year complaint from Houston’s professional football fans, I would like to offer a little professional therapy and advice.

Take solace in knowing that Jerry Jones and his family does NOT own your football team (at least yet).

I’d be willing to wager that most Dallas Cowboys fans would be happy to trade owners with you right now!