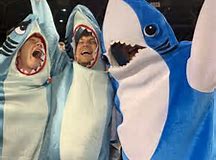 On Friday night in Washington, DC, the city will host their first World Series baseball game since 1933.  That’s an incredible 86 years ago!

Perhaps more incredible is the current feeding frenzy of the Washington Nationals baseball team.  After obliterating the homestanding Houston Astros on Wednesday night 12-3 to snag an impressive two games to none lead in the best-of-seven World Series, the National League’s Nationals now have an 81% statistical chance of capturing the 2019 baseball championship.

After blitzing the Astros in Houston, the Nats are heading home for three consecutive games at Nationals Park beginning Friday night.  They need to win two of three games to capture the crown.

The Washington Nationals did not win their division (Atlanta did).  They trailed in the one-game MLB Wild Card game in Milwaukee until rallying in the 8th inning to grab the win and advance to the National League’s Divisional series against the top-ranked Los Angeles Dodgers.

After downing the Dodgers by a 4-2 count, the Nationals then swept the St. Louis Cardinals in four straight games to win their first National League championship in franchise history.

Let’s pause here to acknowledge that the Nationals were originally born as the Montreal Expos in 1969.  The Expos had a few glory years, but, for the most part, they were a bad team on the field and a historically lousy draw in Montreal.  By 2001, attendance had dropped to less than 8,000 per home game in Montreal’s cavernous outdoor Olympic Stadium (built for the 1976 Summer Olympics).

After the 2001 season concluded, Major League Baseball’s owners voted 28-2 to reduce the number of teams by two.  The Montreal Expos and the Minnesota Twins were headed for oblivion.

One more reflection here.  Those Minnesota Twins were originally founded as the Washington Senators!  The team moved to the Twin Cities in 1960 but struggled to keep fans interested in hockey-mad Minnesota.

After MLB’s owners voted to dissolve the Minnesota team in 2001, the Twins home stadium (the Metrodome) immediately filed a lawsuit and won an injunction against Major League Baseball requiring the Twins to continue operating in 2002.

That also meant that the Montreal Expos couldn’t be dissolved, because it would leave a competitive imbalance (15 American League teams vs. 14 in the National League).  MLB then purchased the unprofitable Expos from their frustrated owner and took over operations.  The league even moved many of the Expos’ home games to San Juan, Puerto Rico due to the poor fan support of the team in Montreal.

In 2005, the Expos were relocated to Washington, DC and renamed the Nationals.  The team was eventually profitably sold by Major League Baseball to a private group for $450 million.

Through Wednesday night’s World Series game 2, the wild-card Washington Nationals have plowed through October’s post-season by winning 10 games and losing only two.  The team’s pitching and hitting have come together at the most opportune time.

What is their secret?

Ask Washington Nationals fans, and they will point to one magical day at the ballpark back in the middle of June.

The Nationals were struggling with a 34-38 record.  One of the team’s outfielders was mired in a 0-23 hitting slump.  Girardo Parra decided it was time to shake things up.

Parra asked the stadium press box to change his walk-up music (played as he walks to home plate to take his next at-bat).   He changed the music from a rap song to the favorite song of his two-year old daughter.

Picture this moment at Nationals Park.

“Now coming to bat for the Nationals, outfielder Gerardo Parra!”

And the “Baby Sharks” theme song played over the stadium’s speaker system.

This kids’ song put a smile on the face of Nationals fans and players alike.  It also loosened-up the player as he went 2-4 (including a home run) that day to end his batting slump.

After that magical moment, the team won 12 of their next 16 games and have been on the upswing ever since.

And, yes, the fans of the Washington Nationals have gone gaga over the Baby Shark song, too.  The “Baby Sharks” song will be played (and played and played) beginning on Friday night at Game 3 of the World Series.

The Washington Nationals won’t mind a bite (I mean, “bit”), either, as long as they win two of the next three games and don’t have to return to Houston in order to win the World Series.

These Baby Sharks are growing-up before your eyes.  The Washington Nationals are circling another opponent.

Attention, Houston Astros!  You better bring your bats to the ballpark this weekend and score enough runs to keep the sharks at bay and extend the World Series back to Texas.

These baseball sharks are hungry to devour another October opponent and grab their first world championship!