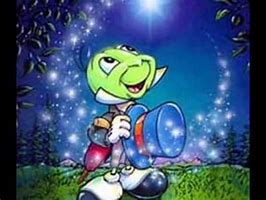 Last night, the Golden State Warriors swept the Portland Trailblazers out of the NBA playoffs and will appear in their fifth straight NBA Finals soon.  As champions for three of the past four seasons, Golden State’s championship team should be quite familiar to the American television viewers by now.

However, television ratings for the NBA playoffs are down by about ten percent from previous years.

Could it be that LeBron James is missing from the NBA playoffs this year for the first time since 2005 and after playing in the last eight NBA Finals?

Maybe.  I guess the “LeBron factor” was higher than the NBA expected.

Could it really be that hundreds of thousands of basketball fans will tune-in ONLY when America’s longest reigning basketball star is playing on television?

Last weekend, golf’s second major of the season, the PGA Championship, played to one of the smallest television viewing audiences in the past twenty years.   The venue was Bethpage State Park’s Black course, which is as difficult of a layout as you can ask for.

The winner of the event, Brooks Koepka, is the hottest golfer on the planet after winning for the fourth time in the past eight majors.  So, why did the ratings drop by 36% from last year’s PGA Championship?

Could the problem have been that Tiger Woods missed the cut and wasn’t participating this weekend in the final rounds?

Could it really be that hundreds of thousands of golf fans ONLY tune-in when America’s longest reigning golf star is playing on television?

Can you imagine what will happen to the NFL television ratings if the New England Patriots and the New Orleans Saints fail to make the playoffs this fall?  If that were to happen (but it probably won’t), there would be no Tom Brady or Drew Brees on television during the playoffs.

The NFL television ratings would definitely take a big hit.

Are there that many casual sports fans who only know (or like) LeBron James, Tiger Woods, Tom Brady, and Drew Brees and won’t tune in to watch the sport without them?

Assuming that Zion Williamson is drafted as the #1 overall pick in June’s NBA draft, I’ll wager that you will see the New Orleans Pelicans (or whichever team Zion ends up playing for) on ESPN and TNT more than times next season than you will see the Sacramento Kings, Cleveland Cavaliers, and the Detroit Pistons on national television.

All four of those teams failed to make the playoffs this season, and all of them will add draft picks this June to help improve their squads.

Why Zion?  The media has made “Zion” into a household name the past season.  Of course, the young man has loads of talent, a high energy, a winning smile, and a memorable first name.

But then again, so does Draymond Green of the Golden State Warriors.  Same for Montrezl Harrell of the Los Angeles Clippers.

Sorry, Draymond and Montrezl.  Though you played at well-known colleges (Michigan State and Louisville) and had solid college careers, you were both second round picks in the NBA draft.

Zion, though, went to Duke, had nearly all of his basketball games shown by ESPN this season, and has been touted for the past year as the next “LeBron James”.

Maybe Zion will become a terrific professional basketball player.  However, Draymond Green already has three championship rings with the Warriors and Montrezl Harrell is in the running for the NBA’s “Sixth Man of the Year” for coming off the bench to average nearly 17 points per game  and 7 rebounds per game for the Clippers.

You certainly cannot fault Zion Williamson for the hype and media adulation.  He is a talented basketball player who will make millions of dollars even if he rarely hits the floor in an NBA game.

It is hard to define the so-called “It” factor in sports, but other successful athletes also don’t have to deal with the constant scrutiny of the media, either.