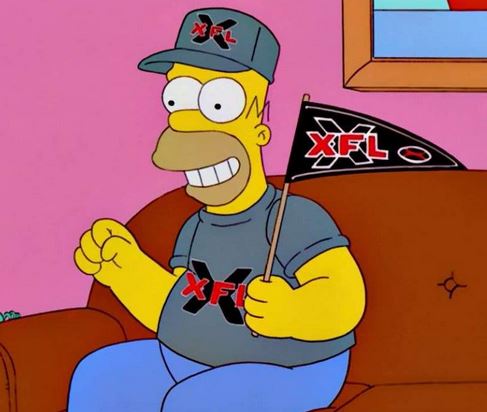 Already in 2019, professional football fans have already seen the AAF (Association of American Football) come and go.  The league’s on-field product was pretty good, but not good enough to stave off an abrupt ending to play prior to the end of its first (and only) regular season.

What did we learn from the “Crash & Burn” AAF this year?

With all of those harsh lessons learned by the fledgling AAF this spring, it’s time to welcome back the XFL (Version 2.0) beginning the week after the NFL ends play in February, 2020.

Yes, the XFL is returning to try a reboot after its own “One and Done” football season back in 2001.

Yes, the XFL II will be owned and controlled by the same primary owner, Vince McMahon, who runs the professional wrestling company WWE.

Yes, the XFL (apparently) has plenty of cash as Mr. McMahon has cashed-out a lot of his WWE stock (upwards of $500 million).   My question is whether he has the stomach to see it all disappear in a heartbeat to bankroll the start-up costs to fund his new venture.

Let’s now examine our “AAF Lessons Learned” questions above as it pertains to the XFL II:

The XFL II is going to fight an uphill battle against the ghosts of the AAF and its own XFL-Version 1.

If the XFL II starts and completes two full seasons, I, too, will be quite surprised.