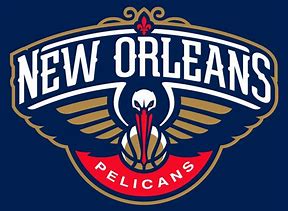 As someone who once lived in New Orleans, your SwampSwami would like this commentary to be a special note to the NBA’s New Orleans Pelicans and their management.

The Pelicans were given only a 6% statistical probability of landing #1 pick last night during the NBA’s annual draft lottery.  Though six other NBA teams had a higher probability of drawing the #1 position, the Pelicans literally came out of nowhere and now control the first pick in the NBA’s June draft.

Though it looked like Pelicans new General Manager David Griffin looked quite stunned with the lucky break (we’ll teach you how to do the Benson Boogie next time, David!), the people who love professional basketball in New Orleans and the Gulf South region were quite excited to hear the team’s good fortune.

The news is reporting that upwards of 2,000 requests for season tickets had occurred within hours of the team landing the first pick in the upcoming NBA draft.

Whether the late Mr. Benson pulled a few strings for the team or that lucky charm that David Griffin clutched had anything to do with the Pelicans’ lucky night, it’s now time to get serious about what the team should do.

Long before last night, the Pelicans’ had been dealing with the drumbeat that Anthony Davis, the team’s last #1 overall pick from 2012, has steadfastly told the team for months that he wants out of the Crescent City and the final year of his contract.

Suitors like the Los Angeles Lakers, Boston Celtics, and New York Knicks were already lined-up like buzzards on top of the Smoothie King roof during the final months of this season.

They’re still there, too.

First, SwampSwami thinks that the New Orleans Pelicans should look to the success of the Golden State Warriors and their continued winning with a “Strength in Numbers” motto.   The Warriors starters and bench players play hard on both ends of the court and, more importantly, freely share the basketball with any teammate who has the better shot.

The lack of selfishness up and down the Golden State roster is why they are still playing basketball and Boston and Philadelphia have headed home after two rounds of the NBA playoffs this season.

I believe the first order of business for the Pelicans should be to let the NBA know that Anthony Davis is available, but only if the price is right.

That price should be a combination of high draft picks and young talented players who have shown a desire to play hard every night to help their team win.   The last thing New Orleans needs is to obtain more high school prima donnas who will want to take the next riverboat out of the CBD.

New Orleans isn’t (thankfully) one of the media-centric and star-studded cities where immature players can spend their checks and feed their inflated basketball egos.

I think that players from smaller colleges or metropolitan areas can make for a good fit in New Orleans.  There’s plenty to do, but not the same bright lights as found on the East and West coasts.

When evaluating the current players being offered for Anthony Davis, the Pelicans would be wise to look for leadership and consistency in their output while in the NBA.  A history of injuries or pouting on the bench isn’t what the team needs as it seeks to replace one of the league’s best players who, unfortunately, has became one of the league’s newest crybabies this season, too.

The Pelicans need a roster full of players who will give their all every night and get along with each other.  Check and double check any players being offered by other teams and, regardless of their so-called level of “talent”, eliminate anyone who has a history of whining.

Second, I think the Pelicans would be wise to evaluate the possibility of what they might be able to get for this year’s upcoming #1 pick (Zion Williamson).  There is no doubt that the New York Knicks and their incredibly depressed fans (they were the statistical favorite for the #1 pick going into last night) might be willing to make a deal for their own pick (#3 overall) and much more for swapping picks with the Pelicans.

The same rules apply, though.  Only proven contributors without a history of whining need apply.

Though fans of the Pelicans may disagree with even considering the chance of trading the #1 pick (Zion Williamson), the objective for the team should be to build a better team and pocket some high draft picks for the future.

That’s what the Boston Celtics have done.  Despite the early exit from this year’s NBA playoffs, the Celtics’ incredible depth gives them a chance to withstand injuries of key players and will keep them a playoff contender for years to come.

Isn’t that what New Orleans basketball fans really want anyway?  The loyal sports fans in the area will go to battle with a team willing to roll-up their sleeves and play hard every night with a chance to win it all someday soon.

Having “strength in numbers” has worked pretty well for the Golden State Warriors the past several years.

The New Orleans Pelicans now control their own fate and have a rare chance to build a solid franchise for the next decade by making one or two key moves soon.