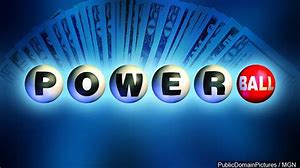 In New York City earlier today, there were real witches who were chanting “Zion Williamson” incantations outside of Madison Square Garden.

Also in New York, a priest, a rabbi, and a shaman were seen offering prayers for the New York Knicks to win the #1 pick in tonight’s NBA draft lottery.

The winner of the first pick will have the chance to choose the first player in this June’s NBA draft.  Barring any injuries or arrests, Duke freshman sensation Zion Williamson is expected to be that pick.

Williamson is a unique basketball talent.  At 6’7” and 285 pounds, he glides up and down the basketball court with the speed and agility of most guards.  He averaged nearly 23 points per game, 9 rebounds, 2 blocks and 2 steals per game in his only season at Duke.

More importantly, Zion is fun to watch on the court and seems to enjoy the game more than most other college basketball players.  His smile and fun-loving nature make him even more coveted for struggling NBA franchises seeking a revival of fortunes.

It’s easy to see why the largest city in the United States would be pulling out all of the lucky charm stops in hopes of receiving the #1 pick in the NBA draft.

But first, the city must be lucky enough to win the NBA’s annual draft lottery tonight.

The fourteen NBA teams who did not qualify for the playoffs this season will participate in this confusing annual event combining statistics and random luck.

Once upon a time, the NBA draft lottery gave equal chances to the 14 losers.  In that manner, teams would not be incentivized for losing the most games on purpose.

Unfortunately, the whining began when the most woeful teams were even unlucky at the 1-in-14 chance selection for draft order positions.

The NBA then revised the annual draft lottery “game” to give a higher percentage chance to the teams which finished with the worst record.

In my opinion, this has caused even more disparity by teams throwing in the towel earlier in the year in order to (theoretically) improve their chances at receiving one of the top draft picks for next season.

I assume that the NBA felt the need to give each franchise and its fans some modicum of annual hope by allowing the League’s Biggest Losers to have one night of feeling important.

Now, the NBA has made the statistical chances the same for the teams which finished this season with the worst records in the league.

In tonight’s NBA draft lottery, the worst team (New York Knicks) will have the same changes as the next-worst teams (the Cleveland Cavaliers and Phoenix Suns finished in a tie for 2nd/3rd worst records).

According to the statisticians, each of those three teams has 14% chance of grabbing the top pick and a 52.1% chance of earning a top four pick in this summer’s annual player draft.

If you are unfortunate team which was the last team (i.e. – the team with the “best” record that didn’t make the playoffs) in tonight’s draft lottery, your favorite team has a whopping 1% statistical chance of being selected for the top pick.

With thanks to the Boston Celtics’ website, below is exactly how the NBA draft lottery is performed (Note – please make sure a caffeinated beverage is nearby if you wish to successfully make it through the first paragraph without falling asleep):

Fourteen Ping-Pong balls, numbered one to fourteen, are placed in a bin. It turns out that there are exactly 1,001 possible four-ball combinations when you have a set of fourteen. Each team in the lottery has been assigned a set number of combinations of any four of the balls, for a total of 1,000 combinations. (The 1,001st combination belongs to no team.) The number of different combinations assigned to each team depends on that team’s record; teams tied at the end of the regular season split evenly the total combinations allotted to their two (or three) positions, with one team getting one more combination in the event the total is odd.

Then, an independent accountant, witnessed by a representative from each lottery team, draws four balls out of the bin, and whichever team is assigned that combination gets the first pick in the draft. (If it’s the 1,001st combination, the balls are replaced and drawn again.) After the first pick is determined, the balls are replaced, and the process repeated. If the new combination belongs to the team that already won the first pick, the balls are replaced & drawn again. The next different team whose combination is chosen gets the second pick, and then the whole process is repeated again for the third pick and fourth pick. After those four picks are set, the remaining teams are set to pick in inverse order of record, with ties being broken by a drawing that was held earlier in the season. The accountants mark down who gets each pick, and place a card bearing each team’s logo into an envelope bearing the number of that team’s pick. The envelopes are then brought out on stage, where they’re opened in front of a live TV audience, at which point we all find out where each team is drafting.

There you have it!

Invariably, there will be at least one “surprise” team who will move up in the draft order and cause the unfortunate team who was bumped to cry “Foul!” and then complain to the officials.

Since this is the NBA, I guess we have grown used to hearing that the teams will complain about “fouls” to the officials on nearly every play.

Why should tonight be any different?